Seven in ten Americans support clearing the records of people with non-violent marijuana convictions, according to a new poll.

The YouGov survey, which was released on Tuesday and involved 7,141 participants, asked whether U.S. adults “support or oppose expunging marijuana-related convictions for non-violent offenders?”

Seventy percent of respondents said they favor the policy, with 46 percent strongly supporting it. There was majority back among every demographic surveyed, including political ideologies, regions of the U.S., age, gender and income level. 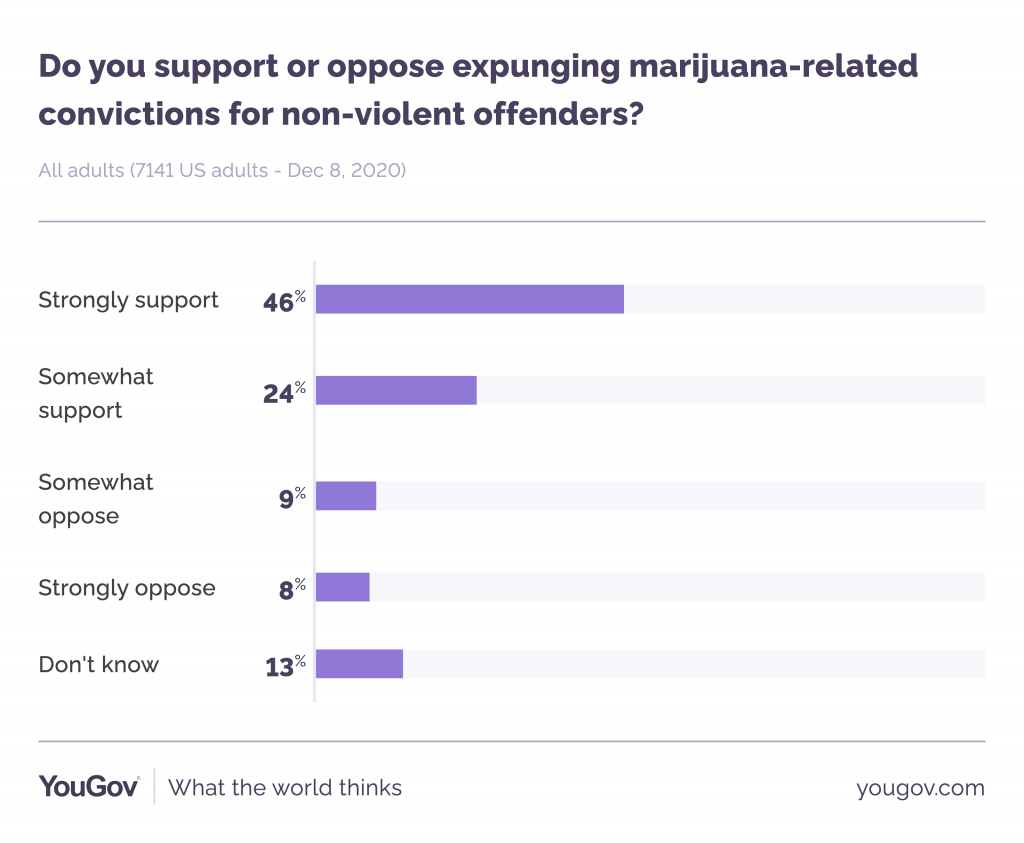 Eighty-one percent of Democrats back expungements, compared to 57 percent of Republicans and 69 percent of independents.

Support was strongest in the Midwest and Northeast (72 percent each) and lowest in the South (69 percent).

The findings for where Americans stands on expungements is roughly equivalent to national support for broader marijuana legalization. A poll published by Gallup last month found that 68 percent of respondents were in favor of legalizing cannabis for adult use, which the firm said is its “highest reading” since it started polling voters on the issue in 1969.

The release of these survey results come shortly after voters in five states approved initiatives to legalize cannabis for medical or recreational purposes. That includes reform wins in traditionally conservative states such as Montana and South Dakota.

Despite the overwhelming support for the policy change among Democrats, President-elect Joe Biden has so far only backed more modest reforms such as decriminalizing possession and expunging prior cannabis convictions.

But he may feel pressure to adopt a more progressive stance given that the Democratic-controlled House last week approved a bill to federally legalize marijuana.

That piece of legislation also contains a provision to expunge the records of those with federal cannabis convictions.

This article has been republished from Marijuana Moment under a content-sharing agreement. Read the original article here.