Will Illinois change the social equity landscape for the marijuana industry? 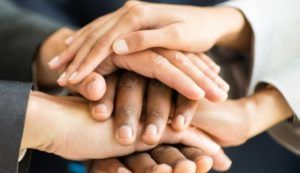 Illinois is set to open recreational cannabis dispensaries Jan. 1 after becoming the first state in the nation to officially legalize adult-use marijuana via its Legislature in June – and the marijuana industry will be watching carefully for several reasons, including the program’s significant social equity component.

Industry sources say Illinois’ marijuana companies are at the forefront of not just supporting social equity but actually embracing the concept, because it could benefit everyone – including the businesses themselves.

The idea of Illinois’ program is to give a leg-up to socially disadvantaged groups in so-called “disproportionately impacted areas,” which include:

With new approaches being tried in Illinois, observers are hopeful the state could act as a true blueprint for social equity progress in the cannabis industry, avoiding some of the pitfalls seen in other states and cities. They also know it could take some time.

“We want this to be a win, win, win situation where we can find ways where all the stakeholders will win – the incumbent operators, the social equity applicants (and other stakeholders),” Charlie Bachtell, CEO of Chicago-based multistate operator Cresco Labs, told Marijuana Business Daily.

“I want to make sure this legislation is going to benefit the intended recipients to be the real beneficiaries, not for outside third parties.”

The offshoot of other social equity programs in the marijuana space so far has largely been in the form of certain numbers of cannabis business licenses being allocated to disadvantaged groups and incubator services, where another party mentors a minority applicant, often lending financial aid.

However, such efforts in other states and cities have often failed to help the people they were designed for.

There have even been examples of what Cat Packer, executive director of the Los Angeles Department of Cannabis Regulation, has termed “predatory practices,” where well-funded applicants can game the system to use the social equity licensing process to further their own goals – checking off requirements to gain social equity licenses without a proper commitment to actually fulfilling them.

Is Illinois a blueprint for social equity?

A distinguishing point of the Illinois program is that existing license holders, and new ones, are bankrolling a social equity fund to help finance the program.

It’s being done through a combination of loan repayments, license transfer funds and a percentage fee levied on license fees that companies pay to operate. (The actual figure for the percentage fee was not immediately available.)

So far, at least $12 million has been raised in this way, with that figure expected to at least double over time.

Cresco’s Bachtell recognizes that Illinois has the benefit of learning from the experiences of other marijuana programs across the United States.

He noted, however, it has also been vital to Illinois’ efforts to have a wide range of stakeholders involved in crafting policies, ranging from potential applicants and corporations to religious leaders, law enforcement and nonprofits, among others.

“But what we hoped and expected is to have buy-in from all the stakeholders, all of them at the table, and what we are seeing are new opportunities, innovation and commonality.”

Such buy-in could help avoid some of the problems encountered by other communities experimenting with social equity.

For example, the model in Oakland, California, has focused largely on an incubator program.

In practice, such an approach rarely leads to thriving partnerships and often simply results in someone providing financial assistance such as helping with rental payments, said Elliott Marshall, president and founder of Proper Rx, an Oakland-based cannabis distribution company.

“In my case,” he said, “it is not a true business relationship, and, in fact, we are doing it more as a favor to them.”

Marshall counts himself lucky that he has not had some of the bad experiences endured by his counterparts enrolled in Oakland’s social equity program.

Some have seen predatory practices where the system was used to gain access to lucrative licenses without any obvious benefit to the social equity applicants, he said.

And there is little accountability or planning for the long term if investors decide to walk away, said social equity license holder Michael Manning, who owns local cannabis distribution company Jingubang.

Bumps in the road?

As would be expected with such an ambitious program as Illinois’, the process is not without its obstacles.

For example, municipalities in the state can opt out of offering adult-use licenses even though those communities might have welcomed medical marijuana dispensaries.

Also, Chicago Mayor Lori Lightfoot doesn’t want recreational dispensaries in parts of downtown Chicago, even though the mayor has said she hopes “legalization not only creates new revenues for our city but also unique opportunities for entrepreneurs from communities victimized by the war on drugs.”

Such restrictions could cause a significant crimp on revenues, some of which could help fund the social equity fund.

“The jury is still out as to how successful the actual social equity program will be,” Scott Selinger, government policy adviser at the Chicago office of national law firm Dykema, told MJBizDaily.

“But there is real interest in the powers that be to see this through, to make sure it is going to happen.”

Sanford Stein, a Chicago-based lawyer, agrees the state is serious about the social equity component of its marijuana program.

For example, the Illinois program is seeking to avoid even minimally encouraging potential licensees to try to game the system, said Stein, whose firm, Cannabis Law, is helping social equity applicants with the current round of initial adult-use licenses.

“If you do not embrace social equity, if you do not believe in it, then don’t apply,” he said.

The wide variety of stakeholders involved and their legitimate aims make it far less likely that better-funded, bigger players will be able to exploit the licensing process, Cresco’s Bachtell said.

“We don’t want generic, antiquated practices where you have these giant loopholes you can drive a truck through,” he said.

John Schroyer contributed to this story.

Nick Thomas can be reached at [email protected]