What’s next in New York and New Jersey? Marijuana business experts weigh in 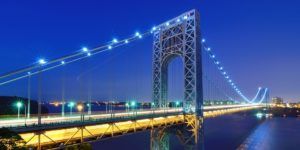 Illinois became the 11th state in the nation Tuesday to legalize adult-use marijuana after Gov. J.B. Pritzker signed a recreational bill into law.

What lessons were learned by the cannabis industry, and how are business strategies shifting?

Why did those states fail, while Illinois succeeded in approving recreational marijuana via a legislative move?

Here are five points that summarize the situation:

1. Why New York and New Jersey failed to legalize adult use.

“Cannabis was an innocent bystander” in that tangle, said New Jersey cannabis attorney Bridget Hill-Zayat of the Hoban Law Group.

In New York, one of the sticking points was who would control the tax revenues and tax allocation.

“It always comes down to the same thing – taxes,” said attorney Rob DiPisa, co-chair of the cannabis law group at Cole Schotz, referring to both New Jersey and New York.

In New Jersey, state Sen. Ron Rice, a Democrat from Newark, also led the charge against legalization, contending that it would benefit white, rich investors but do little for African Americans.

Social equity and minority participation was also a huge issue in New York. To address that issue, the state’s medical marijuana industry in March pledged to create a $25 million fund to help support minority- and women-owned enterprises.

Meanwhile, many also questioned Gov. Andrew Cuomo’s commitment to legalizing adult use, and others noted he instead focused on a successful climate bill.

2. What’s next in New Jersey and New York.

In New Jersey, the conversation is all about a ballot initiative in 2020 to legalize adult-use cannabis, a measure many believe will pass.

But the initiative would need to be put forth by the Legislature as a constitutional amendment rather than as a new law.

Scott Rudder, president of the New Jersey CannaBusiness Association, believes that would be a bad idea, in part because it’s more difficult to amend the state constitution, if program changes were needed, than to change a law.

Hill-Zayat agrees, saying a likely problem is that a ballot initiative would fail to include detailed instructions about administering the program.

However, New Jersey has a year-round Legislature, she noted, so legalization could come up again – especially since pressure is building from other rec MJ states such as Massachusetts and Illinois.

New York has no process for a citizen ballot initiative, and the Legislature would need a majority vote in two successive sessions to place a constitutional amendment on the ballot.

Karen O’Keefe, director of state policies for the Marijuana Policy Project, said it’s not out of the question for the New York Legislature to try again.

“The popular wisdom is that it would be extremely challenging to pass legalization in an election year in New York,” O’Keefe wrote in an email to Marijuana Business Daily.

“That said, there will be a budget next year, so (by being part of the budget) the Legislature could avoid the up-or-down vote on legalization alone. My guess is there’s a less than 50/50 chance of passage next year.”

3. How did Illinois succeed in legalizing adult use?

O’Keefe noted that the Illinois bill sponsors worked for years to gain support, including holding town halls around the state to ensure all views were taken into consideration.

Then, she said, Gov. Pritzker’s administration invited various interests to “play an active role in crafting the final product.”

Jeremy Unruh, director of regulatory and public affairs for Illinois-based PharmaCann – which also is an MMJ license holder in New York – wrote in an email to MJBizDaily that the key takeaway from Illinois is that passing adult-use legalization is not a zero-sum game.

“Given the delicate dynamics of the legislative process, any major comprehensive social policy, like adult-use cannabis, can only pass when all stakeholders are empowered,” he wrote.

For example, the governor recently announced a huge expansion in medical marijuana licensing, saying the state would issue up to 108 dispensary, cultivation and processing licenses across the state.

New Jersey lawmakers separately passed a measure that would increase the number of growers to as many as 28 and eliminate a 6.625% tax rate on MMJ products in 2022. Currently, there are six cultivators in operation and another six that are licensed.

But now it appears the state is going to scale back its ambitious plan to issue 108 new MMJ licenses.

DiPisa said he has heard that New Jersey might issue only 24 licenses in the next round – five cultivation, 15 dispensary and four vertically integrated permits.

If so, that would be a big disappointment to potential applicants who were looking forward to an especially robust licensing round, DiPisa said.

Jeff Brown, spokesman for the state health department, would say only that an amended request for applications will be posted on July 1 and that “we will spell everything out.”

In New York, lawmakers failed in a last-ditch effort to expand the state’s medical marijuana program.

Adam Goers, president of the New York Medical Cannabis Industry Association, wrote in an email to MJBizDaily that the association will work with the state health department to make regulatory improvements to the medical cannabis industry and try to build support for marijuana statewide.

DiPisa describes the recent events in New Jersey and New York as a “complete roller coaster for everyone.”

But, in Hill-Zayat’s opinion, the effort by some to prepare for adult use, to scout potential properties and to cultivate relationships with local officials isn’t wasted.

Rather, it’s groundwork that will come in handy when New Jersey and New York do legalize adult use.

While some potential applicants may give up on the East Coast, Hill-Zayat predicts most will continue to “hover over” the region, because of its dense population.

Some businesses hedged their bets by seeking MMJ licenses near borders, such as Pennsylvania/New Jersey, or New Jersey/New York.

Rudder said recently that he sees businesses pivoting strategy from adult use back to medical cannabis, knowing that existing MMJ operators may get priority when recreational MJ does come around.