What medical cannabis firms might learn from Harvest’s compliance conundrums 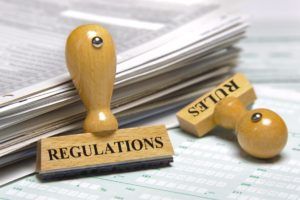 Harvest Health & Recreation is in high-stakes clashes with medical marijuana regulators in Pennsylvania and Ohio, and the disputes could potentially offer other MMJ firms cautionary lessons around the necessity to maintain extremely pristine regulatory compliance in state-legal markets.

At stake for Harvest are more than a dozen dispensary, processing and cultivation licenses in the young and growing MMJ markets.

Under scrutiny is whether the Arizona-based multistate operator potentially skirted rules by:

Harvest also is butting heads with regulators in Pennsylvania over a cultivation license that was revoked because of the lack of marijuana tracking records and security footage kept by a predecessor company.

For its part, Harvest defends its actions and is fighting to retain and regain the various licenses.

“What I have found is if you are keeping the agency in the loop as you make decisions and move forward with transactions, you can get guidance and approvals instead of the wrath of these agencies,” Cassell wrote in an email to Marijuana Business Daily.

“Most highly regulated industries have their casualties, but medical marijuana is especially susceptible to fines and forfeitures for entities that violate the regulations,” she added.

“States are under a lot of pressure to roll these medical marijuana programs out without becoming targets themselves of the federal government.”

The state regulatory disputes come as Harvest is in the process of completing a massive $850 million deal to acquire Verano Holdings that has been under a federal antitrust review.

Cassel said she doesn’t believe Harvest’s regulator run-ins are the result of a target on its back because of its size.

“If you break the rules, you will be caught and you will suffer the consequences – no exceptions,” Cassel wrote.

“I am currently defending both small operators as well as multistate entities before regulatory agencies.”

What follows are the status of three of Harvest’s major disputes in Ohio and Pennsylvania, which MMJ industry watchers are carefully tracking:

Harvest earlier this year claimed in a news release and in a call with investors that it had seven state dispensary licenses allowing it to open up to 21 retail locations. The state’s cap is five.

In April, John Collins, the state’s director of medical marijuana, wrote a letter to Harvest CEO Steve White warning Pennsylvania might revoke the licenses because of “blatant misrepresentation.”

Collins wrote that Harvest itself didn’t win any permits and that each of the seven must operate as independent entities.

April Hutcheson, communications director for the Pennsylvania Department of Health, told MJBizDaily the case is an “ongoing legal issue” so she couldn’t provide specific comments.

She wouldn’t comment, for example, when asked why the state had issued more than five permits when six of the seven limited liability companies went by the Harvest name.

Alex Howe, Harvest’s communications director, wrote in an email to MJBizDaily: “Harvest has been working closely with Pennsylvania’s Department of Health to resolve all matters involving the licenses we have been granted by the state.”

In a June regulatory filing, Harvest characterized the seven licenses as “managed” by Harvest and then later described the permittees as “Harvest-affiliated.”

Harvest claims it acquired the Agrimed Industries cultivation facility on May 17, but the state didn’t transfer the permit.

In July, Pennsylvania regulators refused to renew the cultivation license, a month after a surprise inspection found inadequate records of what happened to the marijuana grown there.

Harvest claims the state’s decision to revoke the license unfairly penalizes Harvest for Agrimed’s alleged mismanagement and that it was in the process of mitigating the problems.

Howe wrote to MJBizDaily that Harvest hopes to resolve the issues with the state and reopen the cultivation facility.

But Harvest also has said it is prepared to take legal action if necessary.

Hutcheson would only say that “Harvest is not the permittee” and only Agrimed can file an appeal to the state’s decision to rescind the license.

That previously enabled Harvest to get extra points as an “economically disadvantaged” applicant and win one of 12 prized cultivation licenses.

If Harvest didn’t have that status, other applicants claimed they had higher scores.

The issue has put a cultivation license, three dispensary licenses and an application for a processing facility in limbo.

Howe said Harvest “objects to the (state’s) unfair characterization of both the nature and intent of our business relationship” with the African-American woman, Ariane Kirkpatrick, listed on the application.

While Harvest didn’t require a capital investment from Kirkpatrick, she contributed “expertise and sweat equity” and is the majority owner and “important contributor” to the cultivation entity, according to Howe.

A proxy statement filed with securities regulators in June identifies Harvest as the 100% direct and indirect owner of various Harvest limited liability companies in Ohio.

However, later in the document, Harvest Growers LLC and Harvest of Ohio LLC are listed as the entities that won the cultivation and three dispensary licenses and an unidentified third party is described as owning 51% of those entities.

Howe said “while we don’t disclose our internal company structure, Ms. Kirkpatrick has always been the majority owner of Harvest of Ohio LLC.”

He added the company is working closely with Ohio regulators to “modify our agreements to more accurately reflect Ms. Kirkpatrick’s ownership and control.”

Kelly Whitaker, public information officer for the Ohio Department of Commerce, which regulates MMJ cultivation facilities, wrote in an email that state regulators are “working with Harvest to make sure they fulfill their obligations as set forth in their application to comply with the (economically disadvantaged) provision.”

“These discussions are ongoing and we have not yet reached a final decision,” Whitaker added.