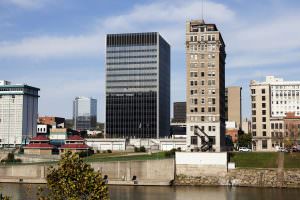 State officials blame the holdup on a struggle to provide banking services for the program.

But the advocacy group Marijuana Policy Project recently noted that a leading federal prosecutor in the state “has exacerbated the problem by threatening to prosecute businesses that enter the medical cannabis space.”

Nevertheless, business opportunities exist and West Virginia has attracted plenty of interest for the licenses that eventually will be up for grabs.

While it’s unclear what will happen now to those efforts, Mayes said his firm steers clients away from making big financial commitments before a market’s licensing process gets underway.

“These month-over-month costs could sink a great company before they start.”

Florida cannabis attorney Sally Peebles, who examined West Virginia for a presentation on MMJ markets at the recent MJBizConNEXT in New Orleans, said potential applicants can use the delays to prepare for what she expects to be an “incredibly competitive licensing round.”

“While it is unfortunate that the program is facing further delays,” Peebles wrote in a recent email, “potential applicants can certainly choose to use this extra time wisely.”

“With only a limited number of licenses available, we can expect this process to be incredibly competitive, so preparation and education is key,” Peebles wrote.

West Virginia legislation passed in May calls for:

Before a permit is issued, the applicant must get written approval from the board of health in the county where the business is going to be located.

They said that is primarily because state-legal marijuana companies have difficulty obtaining banking services since many banks and credit unions fear punishment by federal financial regulators if they did so.

The legislation, HB 2538, acknowledged that the implementation of the state’s MMJ program was being delayed by the “inability to provide banking services needed to collect and remit the fees, penalties and taxes authorized” by the MMJ program.

But according to Matt Simon of the Marijuana Policy Project, a contributing factor has been a “particularly aggressive” U.S. attorney “who created a situation where no banks were willing to risk dealing with any aspect of the industry or the state’s program.”

But that process also has proved slow.

State Treasurer John Perdue issued a request for a cannabis banking vendor in March but reissued the request in June after saying that none of the applicants had met all the requirements.

The deadline for submissions was July 31.

Allison Adler, director of communications for the West Virginia health department, which oversees the MMJ program, told MJBizDaily the cannabis banking proposals will take time to evaluate and implement.

She noted there’s a number of additional steps that must take place before the MMJ market launches, including rulemaking, licensing and patient/doctor registration.

While the current issue with West Virginia is primarily banking, Peebles wrote that businesses can expect further delays because of the state’s decision to limit the number of licenses.

West Virginia, Peebles wrote, “would be wise to take note of what has recently unfolded in other southern states like Florida and Arkansas, where limiting licenses and creating a merit-based application process has placed the regulators in the unfortunate position of being the primary target for litigation.”

Karen O’Keefe, MPP’s director of state policies, noted that “it’s been clear for some time that implementation was moving painfully slowly in West Virginia.”

Most states launch their medical cannabis programs within two to three years after laws are enacted, although it took Rhode Island nearly four years, according to implementation timelines compiled by MPP.