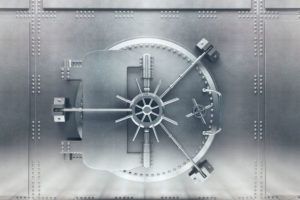 In a blow to businesses hoping to quickly enter the West Virginia medical marijuana market, it could take up to three years before the new cannabis program is launched, a state official confirmed to Marijuana Business Daily.

Allison Adler, director of communications for the West Virginia Department of Health, wrote in an email to MJBizDaily that the “primary cause” behind the projected two-to-three year delay is concern over the ability of MMJ companies to secure banking services. The banking issue was addressed in recent legislation.

The state treasurer, Adler noted, recently issued a request for proposals from financial institutions interested in providing banking services to the industry. However, the proposals will “require time to evaluate and implement.”

Adler continued that “it is important to note that after a solution to the current banking issue is found, it will take time for multiple stages of the medical cannabis permitting process to be implemented.”

The whole process, she added, also requires program staffing and development, rules implementation, and registration of medical providers and patients.

Advance work already undertaken by the state should shorten this timeline, according to Adler. Still, her office estimates it will take two to three years after a fix to the banking issue before dispensaries will open.

When West Virginia’s program is up and running, it will have these business elements, according to legislation passed in May:

Before a permit is issued, the applicant must get written approval from the board of health in the county where the business is going to be located.