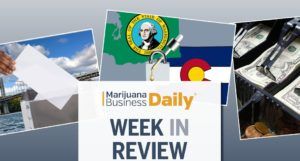 In a historic move, the U.S. House Judiciary Committee advanced a bill that would legalize marijuana at the federal level.

Judiciary Chair Jerrold Nadler, a New York Democrat who introduced the measure in July, hopes the full House will pass the Marijuana Opportunity Reinvestment and Expungement (MORE) Act of 2019 in this congressional session, which ends Jan. 3, 2021 – after the 2020 elections.

MJBizDaily takeaway: Many experts believe the hurdle is too high for the measure to eventually pass the Republican-controlled Senate.

However, if the measure does become law, the MORE Act would open the floodgates for massive business opportunities and cement the United States’ position as the world’s largest legal cannabis market.

It also would resolve vexing banking and taxation issues since marijuana would become legal on a federal level.

Many experts, however, believe specialized legislation such as cannabis banking reform has a better chance of passing into law. 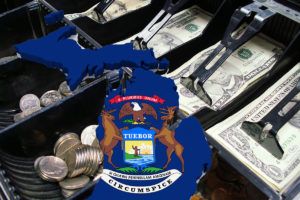 MJBizDaily takeaway: The cannabis industry applauded Michigan for moving forward the market launch from next spring.

State regulators advanced the adult-use market kickoff after agreeing to allow medical marijuana operators to transfer up to half their inventory to equivalent recreational stores.

Many industry observers expect a limited adult-use program in Michigan because of the large number of municipalities that have banned recreational sales.

Two more states with cannabis programs have banned vitamin E acetate, an additive in vape products cited as a possible culprit in the vaping health crisis.

MJBizDaily takeaway: Industry watchers suggest marijuana vaporizer companies should view this is as an opportunity to brand their products as tested, safe and additive-free to help differentiate the licensed products from illicit market products, which health authorities believe are a likely culprit in the vape crisis.

New Jersey lawmakers again failed to agree on a framework for recreational marijuana legalization, so they’ve punted: Legislators have introduced a resolution that would put the matter to a vote on the 2020 ballot. 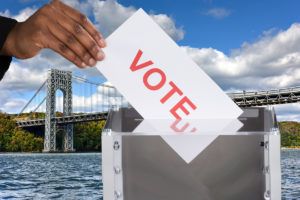 The referendum – which seems to be a political compromise between lawmakers – faces an obstacle before it can go before voters: It must garner widespread approval in the Legislature.

Then, if the measure is approved next November, lawmakers would still have to agree on a broader regulatory framework. The earliest rec MJ sales could begin would be 2021.

Harvest Health & Recreation, a Phoenix-based multistate operator, announced it is restructuring its purchase of CannaPharmacy, slashing the deal’s price by 70%.

Harvest was originally going to buy CannaPharmacy, which includes cannabis licenses in four Eastern states but now plans to purchase only CannaPharmacy subsidiary Franklin Labs, which operates a cultivation and processing facility in Pennsylvania.

That reduces the transaction price of cash and stock from at least $88 million to approximately $26 million.

Harvest also reported a net loss of $39.1 million for the third quarter.

MJBizDaily takeaway: The deal restructuring is another example of an ongoing trend among large marijuana operators that are revising M&A plans amid a financial environment where cannabis industry stock prices are falling and capital is drying up.

Harvest follows other companies such as Cresco Labs and Curaleaf that revamped merger deals.