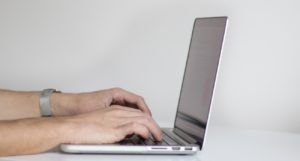 (This story is developing and will be updated.)

Online marijuana advertising giant Weedmaps has offered more details on its plan to remove unlicensed cannabis retailers from its website, according to a news release.

But a Los Angeles-area trade organization said it’s not satisfied and is calling for regulators to impose potentially billions of dollars in fines against the company and is even calling out Weedmaps in reference to the current vaping crisis.

It remains unclear, however, as to exactly when Weedmaps might remove all unlicensed marijuana retailer ads from its website, only that such removal is likely to happen by Dec. 31 at the latest.

A company spokesman wrote in an email to Marijuana Business Daily on Wednesday that the company will “be rolling out these changes over the coming months, and we plan to have everything implemented by the end of the year.”

Weedmaps also is requiring all businesses that use its wholesale platform, point-of-sale solution and online ordering system to provide licensing information.

In addition, the company is working on further site enhancements, including:

“As these efforts progress, (Weedmaps) will explore ways to work with regulatory agencies in California to … encourage consumers to verify that they are buying fully tested products from licensed retailers,” the release noted.

Weedmaps CEO Chris Beals said in the release that the only real solution to California’s illicit MJ market is to greatly expand licensing opportunities for the same unpermitted retailers that it carries ads for.

“While these policy changes will only have a symbolic impact on the size of California’s unlicensed market without more licensing opportunities and other large listing platforms following suit, we want to continue to lead by example,” Weedmaps CEO Chris Beals said in the news release.

The move comes as a follow-up to the company’s announcement last month in which it said it would require state license numbers for all marijuana retail ads on its site “later this year.”

The lack of a specific timeline was one issue critics pointed to in recent weeks.

Weedmaps was targeted with a cease-and-desist letter by the state Bureau of Cannabis Control (BCC) in February 2018 and refused to comply, citing legal protection from the federal Communications Decency Act and arguing the BCC had no jurisdiction over it because it didn’t hold a state MJ business permit.

The company has been advertising for unlicensed MJ retailers ever since.

Beals told Politico he believes his company is within its legal rights to carry advertisements for MJ companies that don’t hold California licenses and that state legislation hasn’t influenced its decisions.

The announcement isn’t enough for one of the state’s marijuana trade groups, the United Cannabis Business Association (UCBA), which represents a number of legal retailers in Los Angeles.

In a letter to California Gov. Gavin Newsom and BCC chief Lori Ajax on Wednesday morning, the UCBA linked Weedmaps to the recent vaping illness outbreak that has claimed the lives of at least six people across the country and sickened at least 450.

“Their decision to continue advertising for unlicensed retailers – rather than removing them now – represents a clear public health threat,” UCBA Executive Director Ruben Honig wrote in an email to Marijuana Business Daily.

“Now is the time to enforce the laws that are already on the books to curb advertisements of unlicensed retailers.”

The UCBA said that consumers using Weedmaps are three times as likely to wind up shopping at an unlicensed store, given that it advertises for 3,757 total retailers but only 922 licensed ones, according to a UCBA analysis of Weedmaps’ ad listings of California cannabis companies.

And, it emphasized, the vast majority of the vaping illnesses have been tied to the underground market, which it said Weedmaps is actively promoting with its site.

“The severity of this situation cannot be underscored. … All 57 cases so far in California have involved purchases from unlicensed ‘pop-up’ shops,” the UCBA wrote.

“This outbreak serves as a tragic reminder of the dangers the unlicensed industry poses to consumers.

“The reality is, unless you are buying from a legal dispensary, there is no guarantee of safety.”

The UCBA letter also called on regulators to utilize Assembly Bill 97, which was signed into law July 1, as an enforcement mechanism to force Weedmaps to remove the unlicensed ads sooner rather than later.

It allows for even unlicensed companies – such as Weedmaps – to be fined up to $30,000 per violation per day.

The UCBA calculated that under that provision, regulators could fine Weedmaps up to $85 million per day if they chose to take the strictest stance available.

The organization requested that the state “immediately and retroactively impose the maximum fines permissible by law” on Weedmaps.

If the state took that route, and if UCBA’s calculations are correct, Weedmaps could face fines of $6.2 billion as of Sept. 11 for violations that date back to July 1.

“There’s simply no reason to wait. Californians are in danger,” the UCBA wrote.

A second legislative measure that would have given authorities even more tools to use against Weedmaps, Assembly Bill 1417, was tabled by lawmakers recently.

When Weedmaps does follow through on its pledge to stop advertising for illicit cannabis retailers, it likely will prove a huge boon to legal shops that have been losing customers to the underground market.

Nicole Elliott, a senior cannabis adviser to Gov. Newsom, wrote in an email to MJBizDaily that the administration expects “all individuals – licensed or unlicensed – to abide by the laws that govern commercial cannabis activities.”

When AB 97 was signed into law, Elliott wrote, “we made it very clear to Weedmaps just how much we value compliance, and should those values not be shared, we made it clear that we would pursue enforcement.

“This reflects our general values associated with enforcement activities – prioritize compliance, and then in the absence of compliance, pursue enforcement.

“Based on what I’ve seen in the press this morning, Weedmaps appears to now share our values of compliance and they’ve provided a more clear timeline to get there … With that said, we will closely track progress towards full compliance and push other advertisers that are not moving in the same direction to do so or face the same potential consequences – possible enforcement and potentially steep penalties.”

Elliott did not immediately respond to follow-up questions about whether the Newsom administration will press Weedmaps for quicker action, given the vaping illness outbreak and public health concerns.

Weedmaps did not immediately respond to MJBizDaily requests for comment.

A spokesman for the BCC declined to comment on the UCBA’s letter.