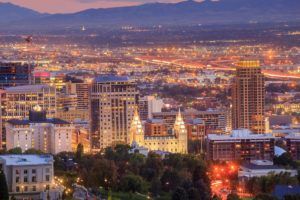 That’s two short of the 10 growers allowed under state law, but regulators are hoping to ensure a supply-and-demand balance.

“The decision to only award eight licenses was made to avoid an oversupply of product, while still maintaining a healthy diversity of cultivators for purposes of competition of product quality and patient pricing,” Andrew Rigby, director of the state’s medical cannabis and industrial hemp programs, said in a news release.

The winners included local greenhouse growers and medical marijuana cultivators with businesses in other states, such as Arizona-based multistate operator Harvest Health & Recreation.

“Half of (the winners) are owned by out-of-state concerns who have Utah ties,” Jack Wilbur, a public information specialist for the Utah Department of Agriculture and Food, wrote in an email to Marijuana Business Daily.

State regulators recently dropped a residency requirement, saying they didn’t believe it could be legally upheld.

Wilbur added the state won’t release additional information about the winners until licenses officially are issued later this month or next.

He noted that the state still needs to finish background checks and review grower operation plans.

A total of 81 applicants competed for the potentially lucrative licenses.

The eight cultivators selected for Utah’s MMJ program, which is expected to launch sometime next year, are:

Christine Stenquist, director and founder of advocacy group Together for Responsible Use and Cannabis Education, or TRUCE, told the Associated Press she is concerned that eight cannabis growers won’t be able to fulfill the MMJ demand in Utah.