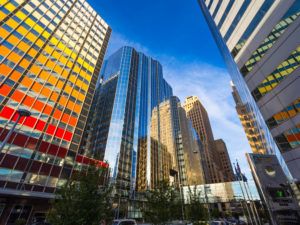 Oklahoma medical marijuana companies are on the verge of facing new regulations that will increase compliance costs.

Expanded costs are expected in a wide range of operations, including:

The regulations require MMJ businesses to have installed inventory tracking systems by late August and devote more resources in general to compliance.

How businesses handle the changes could in part determine which ones survive an expected market shakeout, experts said.

“From the get-go, we were the Wild, Wild West,” Oklahoma cannabis attorney Sarah Lee Parrish said. “I think we still are, but now we’re becoming a little less wild – maybe the Wild West.”

Indeed, the Oklahoma market has developed like no other across the country. For example:

The new regulations are the result of the passage last spring of the Oklahoma Medical Marijuana and Patient Protection Act, or the so-called “Unity Bill,” and a number of “trailer bills” dealing with specific issues such as waste management.

The measures include regulations that clarify gray areas and expand on emergency rules put in place after the initiative.

In part, they bring in standard industry practices.

For that reason, Bud Scott, executive director of the Oklahoma Cannabis Industry Association, said he wouldn’t call the regulations strict per se, but “straightforward and necessary.”

“The industry association supports this because there’s so much illegal activity occurring, and we want to support businesses that are doing it right,” he said.

She expects that to continue as licensees adjust to the new regulations, but “we’re going to see a little more enforcement and a lot more inspections than what we have seen.”

Despite the new regulations, Oklahoma remains business-friendly, Scott said, because of:

Oklahoma MMJ businesses must have an inventory tracking system in place by Aug. 29.

Tony Sellars, spokesman for the state’s medical cannabis program, said the state plans to select a seed-to-sale vendor in early 2020.

“Businesses may use any inventory tracking system of their choosing as long as it meets (the) requirements and is capable of integrating with the state seed-to-sale system when the system becomes operational,” Sellars wrote in an email to Marijuana Business Daily.

He noted that the state plans to select a vendor able to integrate with a number of different inventory tracking systems “to make this transition as smooth as possible.”

“It will be the biggest transition” for the Oklahoma MMJ market to date, Wilson predicted.

He said license holders often are most surprised by the additional indirect compliance costs they’ll face, such as administrative and personnel.

Danny Baker installed an inventory tracking system before opening his Bison Records Dispensary in the northern Tulsa suburb of Owasso in April.

He said he pretty much uses the system for everything, including sales, inventory tracking and tax recordkeeping.

Baker acknowledged learning the software was a bit intimidating at first, but “by the end of the day I was able to do it.”

Following are some other notable provisions to Oklahoma’s new MMJ regulations, many of which go into effect Aug. 29: