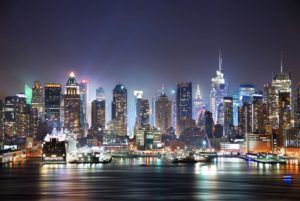 Governors from New York, New Jersey, Pennsylvania and Connecticut are co-hosting a cannabis summit Thursday with legislative leaders and policymakers in an unprecedented move to coordinate recreational marijuana legalization efforts.

The governors and policymakers also will be discussing the vaping crisis.

The four Democratic governors – Andrew Cuomo of New York, Phil Murphy of New Jersey, Tom Wolf of Pennsylvania and Ned Lamont of Connecticut – have come around in recent months to support, if not embrace, adult-use cannabis legalization.

However, proposed legislation sputtered earlier this year – particularly in New York and New Jersey – in part because of disagreements among lawmakers on such issues as taxation and minority participation.

Pennsylvania is just starting down the path, after Lt. Gov. John Fetterman received strong support for rec legalization during a cannabis listening tour across the state.

The talks come at a time that roughly two-thirds of the public now support legalization.

But a driving force for states is to create additional revenue and spur new economic development – and each state is wary of losing out on those opportunities to their neighbors.

Kevin Murphy, CEO of New York-based Acreage Holdings, applauded the idea of the summit, which was proposed by Cuomo and is being held at the Millennium Times Square Hilton in New York City.

“While it remains to be seen what will ultimately come of the tri-state summit, the initiative taken by all parties is a positive sign that cannabis reform is finally being taken seriously,” Kevin Murphy wrote in an email to Marijuana Business Daily earlier this week.

At the time of Murphy’s statement, only New York, New Jersey and Connecticut were expected to participate in what was then dubbed as the “Tri-State Cannabis Summit.” Wolf later joined in.

Acreage’s Murphy wrote in an opinion piece for Forbes that such regional coordination “would help create a uniform set of laws and rules for the industry” across the participating states.

It’s unclear how that would work in practice, but it could include templates for social equity, taxation and other thorny issues.

Murphy wrote that he believes the primary beneficiaries would be medical marijuana patients if the approach resulted in reciprocity as well as consistent taxation, pricing and product selection.