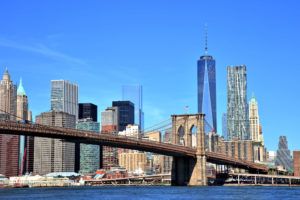 New York’s medical marijuana companies are fighting to get a first crack at any new recreational market when one is finally created, and they may be making some progress in their efforts.

The adult-use draft bill from Gov. Andrew Cuomo’s office raised concerns among the state’s 10 medical marijuana license holders that some would be left out in the cold.

The draft called for existing MMJ businesses to compete against each other in an auction for an unspecified number of licenses, or to bid in a round that included non-MMJ applicants.

Jeremy Unruh, PharmaCann’s director of regulatory and public affairs, told an ABC affiliate in New York last month the MMJ industry “would simply evaporate” if not allowed to participate in adult use.

But in a recent interview with Marijuana Business Daily, Unruh said he believes the thinking at the state Capitol has “evolved” and that Cuomo’s office now sees the value of allowing existing MMJ license holders into the adult-use market “as swiftly as possible so the state can begin to generate revenue from Day One.”

A sticking point has been how to fund the governor’s social equity goals, and an auction of existing MMJ license holders was seen by the state as a revenue mechanism to do that, industry officials said.

Unruh indicated the medical marijuana industry is open to other ways to resolve the issue of funding social equity programs and that discussions are ongoing.

No benefits for existing firms?

In some areas of the country such as Colorado, Massachusetts and Nevada, MMJ license holders have been given fast-track or priority status for getting recreational licenses. That has given existing medical cannabis businesses a leg up in the newly emerging adult-use industry.

Other states have started from a more level playing field: Washington had a lottery, and California basically is starting from scratch for both medical and recreational.

“The current proposal could put many of New York’s medical marijuana businesses, including our women-owned enterprise, in jeopardy,” Hillary Peckham, chief operating officer of Etain, one of the state’s 10 MMJ operators, said in a recent interview.

Cuomo’s office didn’t directly address how it envisions existing medical marijuana operators fitting into an adult-use program, or whether its thinking has changed since the draft bill was circulated.

“Our goal is to ensure that we have an equitable and sustainable adult-use cannabis program for this state,” Tyrone Stevens, a spokesman for Cuomo’s office, wrote in an email to MJBizDaily.

“That’s why we proposed a thoughtful and balanced plan, which addresses the needs of all stakeholders.”

New Jersey cannabis attorney Rob DiPisa, who closely follows the New York market, acknowledged the concerns among existing medical marijuana operators that they might not be allowed to participate in the adult-use market.

DiPisa, co-chair of the cannabis law group at Cole Schotz, noted that when markets flip to adult use, medical marijuana programs often flounder because many potential patients don’t want to go through the process of getting an MMJ card.

MMJ businesses that aren’t able to participate in the adult-use market naturally would be concerned about the potential of their business and the value of their licenses dwindling, DiPisa said, posing the question, “How do you stay in business?”

Still, DiPisa said, “I find it hard to believe that the final version of the New York bill would still have that prohibition” against some existing MMJ businesses.

Cuomo has said a legalization bill won’t be included in the April 1 budget, but the governor predicted lawmakers would come to an agreement on a measure by June.

Diversity clause a concern to many

A delay has occurred partly over protests by black lawmakers who say the proposal doesn’t do enough to guarantee that minority entrepreneurs will receive their share of a potential $3 billion industry, such as marijuana business licenses and job training.

Jason Ortiz, executive director of the New York Medical Cannabis Industry Association, declined to comment about the concern some MMJ businesses might not be included in the rec MJ industry.

But Ortiz did talk about the proposed $25 million pledge to fund the economic opportunity fund.

“The motivation behind the pledge is to show that we’re committed to ensuring the industry is vibrant and diverse,” Ortiz said in a telephone interview.

The pledge caused Etain’s Peckham to resign as president of the association, as well as to withdraw the company from the industry group.

In her resignation letter, Peckham wrote that while Etain supports these kinds of initiatives, its participation would at the minimum “create the appearance of impropriety” for the female-owned business.

“In addition to the conflict here, such a (financial) commitment is not presently within our grasp,” Peckham added in the letter.

Etain seems to be in a particularly undefined place in relation to New York’s draft adult-use legislation.

Not only is the draft unclear in terms of how many MMJ businesses will get adult-use licenses, it’s also vague in detailing exactly how women-owned businesses will fit into the competitive bidding process.

“We’d like to see more consideration for women-owned businesses like Etain,” Peckham, said, noting that 70% of the company’s workforce is women and 30% minority.

Peckham said in testimony at a February legislative hearing that the requirement to bid against existing MMJ operators would be particularly onerous for a company such as Etain.

She said Etain does not have access to the resources to compete against her larger competitors, many of which are multistate operators.

‘”Under that circumstance,” Peckham said, “we would either cease to exist or have to sacrifice our ownership structure to gain access to the resources required to participate.”