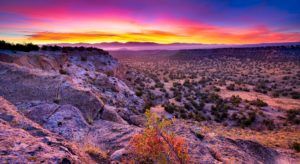 New Mexico regulators enacted an emergency rule that more than quintuples the medical marijuana plant count limit to 2,500 per grower, a development that should lower MMJ prices and increase supplies and sales.

The 180-day emergency rule was in response to a November court ruling in which a district judge struck down the state’s 450-plant limit as being arbitrary.

The judge’s ruling was seen a big win for the industry, which had complained that it was hamstrung by New Mexico’s strict plant-count limits.

Indeed, UltraHealth, a medical marijuana operator with 23 dispensaries statewide, hailed the decision and attributed it to a “significant collaboration” between the state and cannabis industry.

Here are some key elements of the New Mexico medical cannabis industry: