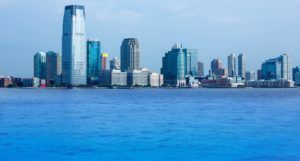 New Jersey on Monday announced a plan to issue up to 108 additional medical marijuana licenses, an exponential increase that would significantly boost business opportunities in the once highly restricted program.

To date, the state has issued only 12 vertically integrated licenses, and six aren’t yet in operation.

The plan, announced by the state health department, will offer up to 54 separate dispensary licenses, 30 processing permits and 24 cultivation licenses, including three tiers of grower permits. Applications will be available July 1.

The plan comes at a time that the New Jersey Legislature was on the verge of passing MMJ expansion legislation after efforts to legalize recreational cannabis stalled.

Scott Rudder, president of the New Jersey CannaBusiness Association, predicted last week that Gov. Phil Murphy would announce an additional round of MMJ licensing before the Legislature gave final passage to a similar expansion effort.

State officials said the number of licenses it plans to issue is based on the department’s assessment of the market.

New Jersey Health Commissioner Shereef Elnahal said in a statement that “by allowing for three sizes of cultivation endorsements (5,000 square feet, 20,000 square feet and 30,000 square feet), we are increasing opportunities for small- and medium-sized businesses to participate in the program.”

In addition, the state is specifying the geographic makeup of the licenses, calling for:

The state health department said it will hold a July 16 pre-application webinar, with submissions due Aug. 15.

Current license holders are eligible to participate in the new application round.