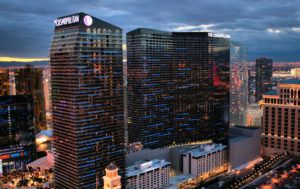 Cannabis sales in Nevada hit $639 million in its latest fiscal year, a 20% jump over sales of $530 million for the same period a year ago, providing the latest sign of the strength of the state’s MJ market.

About 80% of the sales in the fiscal year ended June 30 are in Clark County, home to Las Vegas, according to Nevada Department of Taxation figures.

But she added that the illicit market continues to take sales away from licensed businesses.

The release by the Nevada Dispensary Association doesn’t mention the legal mess over the state’s licensing round last December and what kind of impact that might have on market activity.

Nevada approved 61 additional provisional retail MJ licenses last December, including some in counties that didn’t yet have stores.

But the state faces lawsuits over the licensing round, and after 18 days of hearings on the issue, a judge agreed the process was flawed and issued a temporary injunction.