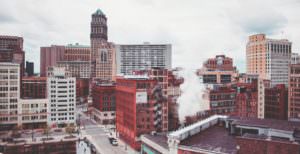 Michigan regulators are asking for volunteers to provide input for the state’s new recreational marijuana industry rules, and the cannabis industry is responding to ensure its views are heard.

Fox said the NCIA also is planning to make its resources, such as best practices and industry standards, available to regulators.

Josh Hovey, spokesman for the Michigan Cannabis Industry Association, confirmed to Marijuana Business Daily that the group “has members at every licensing level that have applied to lend their input to the state’s rulemaking process.”

Matt Schweich, deputy director of the Marijuana Policy Project, said MPP does not plan to be heavily involved in the rulemaking process but will closely monitor developments.

Details on how to volunteer are available in this news release.

Selections will be announced by March 11, and work groups are set to start meeting by the end of March.

The state has said it will start taking business license applications by Dec. 6, with the commercial market expected to launch sometime in 2020.