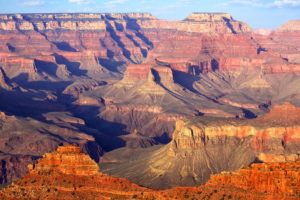 The Arizona Supreme Court handed the state’s medical cannabis industry a significant legal win this week by ruling that extracts – including concentrates, edibles and other infused products – are legal.

So, do licensed medical marijuana businesses expect an immediate shift in day-to-day business operations now they can legally sell the products?

“We’ve been selling extracts from Day One, and we will continue to do so,” J.P. Holyoak, the owner of Phoenix-area dispensary chain Arizona Natural Selections, said after the “expected” ruling.

Holyoak and other industry stakeholders said the ruling means little more than business as usual for the many licensed dispensaries that continued selling extracts to MMJ customers while the case moved through the Arizona courts.

However, some industry watchers noted that this week’s ruling:

Gary Smith, one of the attorneys involved in the case, noted that the formal legal cover for companies that are already engaged in the production and sale of extracts and infused products – including the roughly 130 dispensaries operating in the state – may potentially open a gateway to a future market.

That’s especially true if the state legalizes recreational MJ next year, as some observers expect.

“I think it absolutely will open up greater opportunity for the different type of products and the variety,” Smith said.

The formal stamp of approval from the state comes in a fast-growing cannabis subsector: infused products.

According to state health department statistics, Arizona dispensaries sold just over 10,000 pounds of edibles and other infused products last year compared with more than 111,000 pounds of flower.

As of April this year, Arizona dispensaries sold over 4,558 pounds of edibles/infused products alongside more than 44,000 pounds of flower.

No raids, ‘not even once’

Smith explained that the ruling overturned what was seen by many as an outlying legal case in which a court of appeals ruled in June 2018 that extracts and infused products didn’t qualify as medical cannabis under state law.

Despite that ruling, there was no real crackdown by law enforcement on dispensaries that continued to sell infused products.

“You can look at the dispensaries and say that they’re devilishly reckless or incredible risk-takers, but a majority of dispensaries didn’t change their business model one iota when the appeals court ruled last year that extracts were (illegal),” Smith noted.

“Had the state really supported this notion that extracts and concentrates were illegal, you would have expected them to be raiding dispensaries. Yet it never happened – not even once.”

The bigger risk was for the customers of licensed dispensaries. The court’s ruling centered on one patient who spent two years in jail for possessing just 0.05 ounces of hash, which Smith noted could have been any number of patients.

Since extracts are a hugely popular product segment and one of the quickest-growing, the state Supreme Court’s ruling could potentially lead to a new expansion of brands in Arizona, particularly those from out of state that may be looking to carve out some market share.

“There are more brands that will look at Arizona as a possible expansion,” predicted Lilach Mazor Power, co-founder of the Giving Tree Dispensary in Phoenix.

But it’s not like there’s going to be a rush of new edible products or companies opening in Arizona after the ruling, in part because the only businesses allowed to make those products are vertically integrated dispensaries, many of which already have their own extract brands.

Therefore, the new business opportunity would be through brand licensing, which is most likely to present itself from out-of-state companies that want a way into the Arizona market.

“I don’t think we’re going to see a huge change, because Arizona is saturated,” Power added. “We have 200-plus brands. This is a pretty big market.”

The ruling also could help lay some groundwork for an expected recreational legalization ballot measure in 2020, which is still being drafted but is all but ready to roll out publicly, according to several sources.

The last rec MJ ballot measure in Arizona failed by a thread in 2016, and several in the Arizona cannabis space have been working on a follow-up campaign this year.

Now that the legality of extracts is settled – and if Arizona approves recreational use next year – those products likely will play an important role in the industry’s future in the state, Smith said.

“That whole (adult-use) market, obviously untapped yet, is going to be tremendous. I think it’s going to make the current medical market quite small by comparison,” he said.