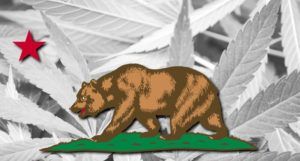 California’s 2019 legislative session drew to a close earlier this month, and it was a lackluster year for cannabis business priorities, industry watchers noted, with no victories on issues such as tax relief, banking or the opening of more jurisdictions for business licensing.

“It’s a mixed bag,” Amy Jenkins, chief lobbyist for the California Cannabis Industry Association (CCIA), said when asked for her high-level view of how the session went for cannabis firms.

“We were not as successful as we wanted to be this year,” Jenkins added, reflecting on how California lawmakers took up over 60 cannabis-related bills since the session began in January.

“While we enjoyed some very significant successes – with the defeat of (AB) 1530, with the addition of funding for social equity and enforcement – these were all very positive things, a lot of the overarching business issues still need to be addressed,” Jenkins said.

Only two major legislative wins were in the CCIA column for 2019, although six more industry-centered bills are awaiting Gov. Gavin Newsom’s signature.

The other bills of interest to marijuana businesses in the state that have passed and are awaiting Newsom’s signature or veto include the following:

Industry analysis of the session

“I would be more disappointed except for the fact that we do have commitments from the (Newsom) administration to continue to work through these issues that CCIA deems to be very significant priorities for the industry,” Jenkins said.

She said there’s not much clarity yet as to which of the six bills Newsom may sign or veto, but she’s hopeful that AB 1529 in particular will have the governor’s backing, in part because it will help differentiate lab-tested legal products from illicit vape cartridges, since the latter may be contributing to the recent vaping illness epidemic.

“I know that manufacturers that make vaping products are very anxious for that to be signed, so they can begin automating the process of applying those symbols. Right now, they’re hand-stickering, which is very time-consuming and costly,” Jenkins said.

SB 34, the compassion program bill, is another many industry watchers are expecting Newsom to support.

A parallel bill was passed by the legislature last year but vetoed by then-Gov. Jerry Brown.

There were several areas this year in which lobbying efforts fell short, such as with AB 286 – a state MJ tax reduction bill that was a repeat of a 2018 bill, which went nowhere.

A legislative attempt to force more cities and counties to open their borders to cannabis retailers, AB 1356, similarly was a non-starter.

Even a fairly straightforward business bill that appeared to be almost a sure win – SB 475, to allow marijuana companies to share trade samples of product with each other free of cost and which seemed on track as of August – wound up failing.

Perhaps one of the more ambitious measures, SB 51, to start a state-chartered banking system for marijuana companies, managed to hang on until the last week of the session until its author shelved it until next year, promising to revive the issue come January.

Banking isn’t the only MJ business issue that will be back come 2020, Jenkins predicted.

“I think next year is going to be a really, really significant year. In fact my expectation is that it will be busier than this year,” she said.

A key event coming later this year, Jenkins said, will be the release of a Legislative Analyst’s Office (LAO) report on state marijuana taxes, which could include recommendations for lowering taxes on the industry, she said.

“The LAO report is going to be very, very critical. So we’re watching for that,” Jenkins said.

Even if it doesn’t recommend what industry insiders hope it will, tax reduction is an “inevitable” issue that will be brought back to lawmakers, Jenkins said, because the illicit market is still crushing legal operators on competitive pricing and economically it’s the best way to fight illegal operators.

Jenkins ran through a laundry list of industry issues yet to be tackled by lawmakers, which she expects in 2020 will include:

“One of the encouraging signs is there is a commitment to work with (the MJ industry),” Jenkins said.

“We’re going to hold the administration to that, and try to address some of these other broader issues for the industry in 2020.”