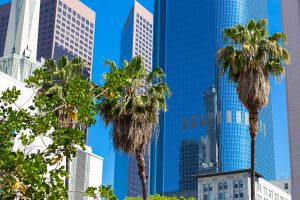 Several proponents of the Los Angeles cannabis social equity program – which is designed to better involve minorities and those affected by the war on drugs in the city’s marijuana industry – said Wednesday that officials are moving too quickly to the next round of MJ business licensing.

The L.A. City Council’s Rules Committee on Tuesday advanced several recommendations from the Department of Cannabis Regulation (DCR), including a potential timeline for Phase 3 licensing, which would be open to the general public.

By contrast, the city’s first two licensing rounds were for longstanding businesses that received top priority in the permitting process.

L.A. is still issuing Phase 2 permits, for nonretail cannabis companies that are part of the supply chain, including local growers.

The proponents said in a statement the move could “cripple” the social equity program, and they called on the City Council to delay Phase 3 until social equity is fully implemented.

“This is not the time to rush a process through that undermines the intent of creating an equitable and fair industry,” said Bonita Money, executive director of the National Diversity and Inclusion Cannabis Alliance.

“This is a major move that will further ensure that licenses are primarily awarded to the wealthy investors and lobbying groups.”

Spokespeople for the L.A. City Council and DCR did not immediately respond to requests for comment.