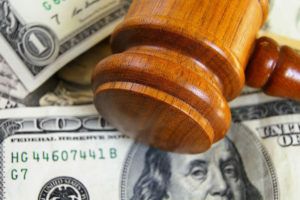 A class action lawsuit filed against cannabis tech platform Eaze – a major player in the California marijuana delivery world – was dismissed by a federal judge, who ordered the plaintiff to enter into arbitration with the company.

U.S. District Court Judge James Donato dismissed the lawsuit brought by former Eaze customer Farrah Williams, after ruling that she had entered into a legally binding contract with the company that requires her to go through arbitration.

But Donato sided with Eaze, ruling that because Williams agreed to Eaze’s terms of service – which required arbitration for any legal disputes – she would be forced to use that process.

“This ruling is enormously important for the entire industry, as contracts across California and nationally could have been invalidated had the court found for the plaintiff,” Andrea Lobato, chief risk officer at Eaze, said in a news release.

An attorney for Williams told Marijuana Business Daily that she plans to appeal.

According to court records, Eaze is also on the brink of finalizing a settlement agreement with another plaintiff, Kristine Lloyd, who filed suit with similar TCPA complaints to Williams’, in August 2018.