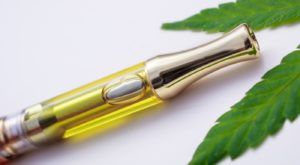 Nearly 800 cannabis business leaders and policy experts led by the National Cannabis Industry Association (NCIA) are calling on Congress to remove marijuana from the federal Controlled Substances Act as the vaping crisis continues.

“The recent illnesses are an unmistakable reminder of the importance of effective regulation,” a letter to congressional leaders states.

“If it is confirmed that Americans are being hurt because of unregulated, illicit market cannabis vape products, it is yet another reason for real, comprehensive federal cannabis reform that will allow the regulated, tested cannabis industry to displace illicit market actors.”

The NCIA made a similar argument last month in a news release, as have other industry associations.

In addition to urging Congress to immediately deschedule cannabis and regulate it like alcohol, the letter makes the following recommendations:

Congress currently is in recess and it’s unclear whether lawmakers would take up this kind of reform upon returning.

To read a copy of the letter to congressional leaders, click here.