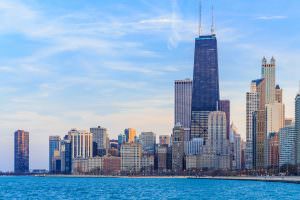 (This story has been updated to include statements from Illinois Gov. J.B. Pritzker.)

Illinois on Friday became the country’s first state to legalize recreational marijuana cultivation and sales through its Legislature, a landmark move that paves the way for the creation of one of the nation’s largest adult-use cannabis markets offering “huge” business opportunities.

Marijuana Business Daily projects the Illinois rec market potentially will eclipse $2 billion in annual sales a few years after the program launches in early 2020, possibly reaching $2.5 billion a year depending on the number of tourists who make purchases.

The state is now poised to become the second in the Midwest to legalize recreational marijuana, after Michigan, whose voters passed a referendum last November.

Illinois will become the 11th state plus Washington DC to legalize recreational marijuana.

The Illinois House gave final approval to the legalization measure on Friday in a 66-47 vote, after the state Senate passed an amended version by a 38-17 margin on Wednesday night.

The bill now goes to the desk of Gov. J.B. Pritzker, a Democrat, who tweeted his intention to sign it into law.

Industry officials, meanwhile pointed to the state’s positive demographics and tourist traffic, among other factors.

“It’s a state of 13 million people with a very large tourist population in the Chicago area, so I think the business opportunities are huge,” said Kris Krane, co-founder and president of Arizona-based 4Front Holdings, a multistate operator and consulting firm.

“But the biggest benefits go to the incumbent medical marijuana operators,” Krane noted, referring to the state’s 50-plus licensees.

“It doesn’t have the robust licensing structure that we have in some western states.”

As a result, it could take longer to realize the annual revenue projections because of the relatively severe constraints on the number of rec stores in the state.

The measure would give early approval to the state’s existing MMJ dispensaries, allowing them to begin adult-use sales on Jan. 1, 2020.

Pritzker has put a priority on recreational marijuana legalization, and the current measure in large part is a reflection of the new administration’s plan unveiled earlier this month.

“We worked with the bill sponsors and governor’s office to ensure that this landmark bill opens up new opportunities for businesses,” Steven Hawkins, executive director of the Marijuana Policy Project, said in a statement to MJBizDaily.

Hawkins noted that the Illinois bill also provides significant social-equity resources for communities hardest hit by the war on drugs and that the measure can be a standard for similar efforts in other states.

Vermont is the only other state to legalize adult-use through its Legislature, but that measure was limited to home grow and use and doesn’t have a commercial sales and taxation program.

“It’s no small feat to be the first state to do something like this through the state legislature,” Krane said, adding that Illinois is likely to be just the “first domino to fall.”

Krane noted that Illinois” existing operators are going to get a “nice reward” after “taking a beating for years” in the state’s small and unfriendly medical marijuana market.

Mayes characterized the state’s business opportunities as “strong” and said his firm has received a “ridiculous amount of inquiries – over 2,000” since the governor announced the rec MJ plan in early May.

While there is an emphasis on small growers and social-equity applicants, Mayes said there’s also going to be a preference toward applicants that can demonstrate financial strength, such as access to two years of operating capital.

Here are some details from the Illinois measure:

Eli McVey can be reached at [email protected]