In historic move, US House to vote on cannabis banking bill next week 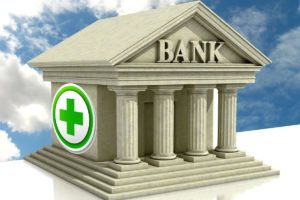 A bill that would create a federal safe harbor for financial institutions to serve state-lawful cannabis businesses and ancillary companies will be put to a landmark vote in the U.S. House of Representatives next week, House Majority Leader Steny Hoyer said Friday.

Hoyer, D-Maryland, announced on the House floor that he will schedule the SAFE Banking Act for a vote.

His office sent out an email to lawmakers informing them of the decision.

Mariel Saez, Hoyer’s deputy communications director, wrote in an email to Marijuana Business Daily Friday afternoon that the bill is expected to reach the House floor on Wednesday.

The vote is being scheduled despite a request by civil rights groups that comprehensive reform with criminal and social justice provisions be considered first.

SAFE Banking will require a two-thirds majority vote to pass because it’s being filed under what is called a suspension of the rules.

Currently, the industry deals mostly in cash transactions, which creates security and other concerns.

By placing a cannabis banking bill for a vote prior to a more comprehensive measure, sponsors risk losing support of some progressives who believe that federal MJ reform must include addressing the victims of the War on Drugs.

But proponents also hope to gain more support from Republicans with the addition of hemp provisions in the bill.

Hemp businesses continue to struggle to gain access to financial services, despite the fact that hemp is now legal federally with the passage of the Farm Bill of 2018.

The House Financial Services Committee advanced the SAFE Banking Act earlier this year by a resounding 45-15 vote, and cannabis industry officials believe the full House will approve by the necessary margin as well.

But Crapo indicated his office might craft its own bill instead of trying to advance the SAFE Banking Act, which was introduced in the Senate by Jeff Merkley, D-Oregon.

The Republican-controlled Senate is seen as a higher hurdle for a cannabis banking bill.