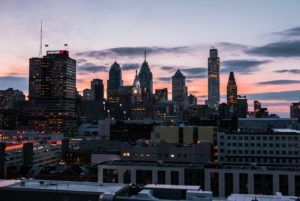 Arizona-based Harvest Health & Recreation said it will challenge the decision by Pennsylvania regulators to revoke the license of a medical cannabis cultivation operation it recently acquired.

Regulators refused to renew the permit of Agrimed Industries one month after a surprise state inspection found numerous violations, including nonfunctioning security cameras and the lack of records tracking the marijuana grown there.

Harvest said in a statement that “this decision appears to be based, in large part, on alleged failures of prior management of Agrimed that occurred prior to Harvest’s acquisition and operation of the company.”

The multistate operator reportedly completed its acquisition of the Agrimed operation on May 17.

The company said the permit hadn’t yet been transferred to Harvest.

Harvest said it intends “to take all necessary legal action” to address the issue while also working cooperatively with regulators to comply with Pennsylvania’s MMJ program rules.

Harvest didn’t respond immediately to questions from Marijuana Business Daily about what happened to the cannabis grown at the Agrimed facility and what action it had taken between its May 17 acquisition and the state inspection in early June.