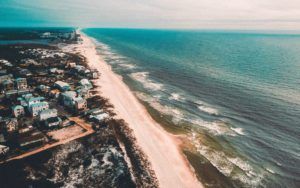 Florida’s dozen or so active medical marijuana businesses are expected to see tens of millions of dollars in additional sales by this summer – thanks to a new law that repeals a controversial ban on smokable products.

Republican Gov. Ron DeSantis made it official Monday when he signed a bill passed by lawmakers last week.

The law takes effect immediately, but regulators must iron out the details. Flower sales are expected to start by no later than this summer.

Kim Rivers, CEO of Trulieve, one of the Florida’s largest MMJ businesses, said she couldn’t put a specific number on how much smokable products might boost her company’s sales.

But she said one can point to other markets across the country where flower accounts for up to 40%-60% of total dispensary sales.

In addition to sales to the state’s existing 193,338 qualified patients, “we do anticipate this (also) will be a draw for patients to enter the market in Florida,” Rivers said.

One caveat: Sales in recent years have been moving away from flower and toward concentrates – especially vape pens and cartridges.

Jeffrey Sharkey, executive director of the Medical Marijuana Business Association of Florida, characterized the development as “significant” for the already fast-growing industry.

Flower available by summer, if not sooner

Following the law’s enactment, here’s what will happen next:

DeSantis had urged lawmakers to lift the ban on smokable products after courts ruled the ban violated a constitutional amendment legalizing MMJ that was passed by voters in 2016.

Medical marijuana operators in Florida have been aggressive lobbying for pro-business provisions, donating at least $2.5 million to state lawmakers and political parties since the summer of 2016, according to the Miami Herald.

But she said the repeal of ban on smokable products is a “great example of our state government supporting the will of the people.”

Hawkes said Surterra plans to offer pre-rolls in a variety of strains and potencies as soon as the program is approved, and then additional whole flower products later in the year.

Expansion in a tightly controlled market

The expansion of products though comes as Florida’s MMJ market remains tightly controlled by a handful of businesses.

Florida has a vertically integrated medical marijuana industry and caps on the number of dispensaries, both of which also have been ruled unconstitutional in recent months.

In January, DeSantis urged lawmakers to loosen licensing rules so more companies could enter the market.

New licensing has been in limbo while various legal challenges to the state’s restrictions and process have worked through the courts.

In fact, those five businesses operated 91, or 85%, of the state’s 107 dispensaries statewide as of March 8, according to Florida Department of Health figures.

Until other licensees expand or the market opens up to new licensees, those businesses likely stand to gain the most from the elimination of the ban on smokable products.

At least some of the other licensees do have big plans to expand.

On Monday, Cresco Labs, the Chicago-based vertically integrated cannabis company, agreed to acquire VidaCann in a $120 million cash and stock deal. VidaCann currently has only seven dispensaries in Florida, but had plans to expand that number to 20 by year-end.