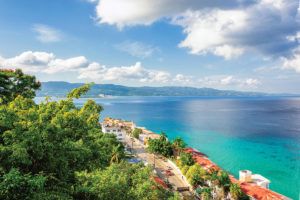 In addition to drawing tourists with destinations such as Montego Bay, Jamaica allows travelers to purchase medical marijuana if certain conditions are met.

Jamaica is engaging stakeholders over highly anticipated regulations to govern the export of commercial-scale medical cannabis, and the rules are expected to be finalized within weeks, according to Agriculture Minister Audley Shaw.

Marijuana Business Daily obtained a copy of the draft rules ahead of their release from a source who requested anonymity. The proposals are subject to change.

The object of the regulations – called the Dangerous Drugs (Cannabis Import and Export Licensing) Regulations, 2019 – is “to establish a comprehensive licensing regime to regulate the importation and exportation of ganja for medical, therapeutic or scientific purposes in conformity with the Single Convention on Narcotic Drugs 1961, as amended by the 1972 Protocol, and minimize the risk of the diversion of ganja in illicit traffic,” according to the draft.

The extremely detailed rules lay out who may apply to the Cannabis Licensing Authority (CLA) for authorization to import and export cannabis for medical, therapeutic or scientific purposes, related processes, fees as well as inspection and monitoring.

A CLA spokesperson said the regulatory body has been engaging stakeholders for feedback since late August, and “the final say on the promulgation of the regulations will eventually lie with the Ministry of Justice.”

The agency had “issued” 40 cannabis business licenses as of the end of July and “granted” 54.

Executives say the long-awaited rules are essential for the medical cannabis industry in Jamaica because the local market is too small to sustain sizable cannabis businesses.

“While there is a business in bringing people to Jamaica to experience the finest cannabis and products,” said Triston Thompson, chief opportunity explorer for Tacaya Group, “the biggest business opportunities involve making it convenient for the world to have access to the products Jamaica have to offer.

“That is, bring our products to them.”

Thompson had not viewed a copy of the draft regulations.

Tacaya Group is a consulting and brokerage firm based in Montego Bay in Western Jamaica.

“Should export regulations continue to be absent, companies will have to shut down,” Thompson said.

“There are cannabis businesses barely able to break-even, operating far below their capacity and unable to make necessary capital investments in their operations organically.”

A regulated export industry could potentially correct those issues.

“Export regulations from this standpoint allows Jamaican companies to access markets where demand is stronger and returns are more favorable,” he said.

An import certificate and export authorization would be the CLA’s newest license categories.

Like most Caribbean islands, Jamaica is imposing residency requirements for prospective businesses.

An applicant for an export or import permit will be required to submit proof of residency in Jamaica for at least three years immediately preceding the date of application.

The permitting process would seemingly rule out exports to countries such as the U.S., which bans cannabis at a federal level, even though dozens of American states have legalized and regulated the medicine.

“The Authority may refuse to grant an export permit under these Regulations if the Authority has reasonable grounds to believe that exportation would contravene the laws of the importing country or any country of transit or transshipment,” according to the draft rules.

Export permits issued by the CLA would not allowed to be transferred.

“An export permit granted under regulation 21 shall not be transferable and is valid for six months from the date of issuance, unless renewed for a further period in accordance with regulation 39 (renewal of license) …” the draft regulations stipulate.

Under the proposed rules, holders of a valid cultivator, processing, retail or research and development license may apply for an export permit.

However, an applicant who possesses a research and development license will not be allowed to export commercial volumes.

In determining whether an applicant “is a fit and proper person” to be associated with the export of cannabis, the proposed rules say the Authority will consider if the applicant:

The rules ask that a recent police report be submitted for employees/prospective employees of the applicant in connection with the import/export permit.

Among the documentation that will be required to obtain a permit to export:

A decision on granting the export permit will be made within 20 business days.

The proposed rules stipulate that commercial-scale shipments of “seeds, plants and dried ganja” are eligible for export, but they do not propose to place a limit on the amount of THC in those medical products. (Colombia, in contrast, does not allow medical flower to be exported commercially.)

The draft makes no mention of medical cannabis oil, suggesting specific rules associated with oil are still being sussed out.

Wayne Isaacs, CEO of Green Stripe Naturals in Jamaica, thinks the majority of exports are going to be oils and derivatives.

Green Stripe Naturals, a licensed cultivator, is one of the Jamaican cannabis companies banking on export approval.

“In terms of the industry itself in Jamaica, export is the thing that is going to make this industry in Jamaica really explode,” he said.

Isaacs had not viewed a copy of the draft regulations.

Speaking at the opening of the Sensi Medical Cannabis House in New Kingston, Agriculture Minister Shaw said the draft rules to regulate flower and oil exports are in the hands of the CLA for “final review and discussion.”

“I have set a target for the end of September for the regulations to be promulgated and in place, because I want us to start exporting extracted oil and dried flower into external markets,” Shaw said.

“Canada wants it. Australia is crying out for it. Germany wants it.

“All our local players will be able to leverage overseas markets and support the growth of the economy.”