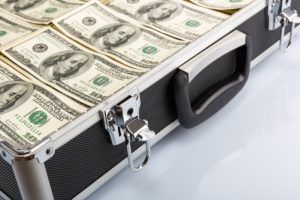 Law enforcement authorities across the country, including the FBI, have cast a wide net in their efforts to root out corruption among local government officials overseeing the marijuana industry.

The crackdown has ensnared local government and cannabis industry officials in states such as California, Massachusetts and Michigan. Charges have included bribery and extortion.

While claims of licensing bias and flawed scoring are more common, an examination of the landscape suggests that there have been a number of blatant efforts over the years to improperly influence public officials into awarding highly coveted marijuana licenses.

Such corruption, combined with flawed and biased licensing, undermines the process, hurting the opportunities for businesses that play by the rules, industry experts warn.

In California, for example, local corruption became enough of an issue last year that it was identified as a hurdle for marijuana business license seekers in the newly regulated state.

Elsewhere, Nevada’s cannabis licensing director recently was placed on administrative leave after allegations of bias and improper conduct arose during court hearings related to complaints from unsuccessful applicants about a recent licensing round. He is no longer with the state’s Department of Taxation, which oversaw the cannabis industry.

Some marijuana industry officials have welcomed the stepped-up enforcement.

“If we want to be a legal industry, we need to act like it,” said David McPherson, who leads the cannabis consulting team at California-based HdL Cos. “Let’s be transparent and make it professional.”

He said the industry should demonstrate that it has nothing to worry about. And if the FBI finds something, “then let’s clean it up.”

The Fall River case, in fact, is one of a number nationwide that federal authorities have investigated in recent years as part of a probe into public corruption in the marijuana industry.

The FBI highlighted its investigation in a recent podcast, during which it also solicited tips from the public.

Douglas Berman, director of Ohio State University’s Drug Enforcement and Policy Center, wrote in a recent email to Marijuana Business Daily that the FBI podcast “may be a way to urge licensing officials to be sure to play by the rules.”

Here’s a roundup of some of the high-profile alleged marijuana corruption cases in recent years:

The limited medical cannabis business licensing in Arkansas has spawned a number of lawsuits as well as an ethics complaint against a commissioner who did some legal work for an applicant.

But one of the most curious cases involved an allegation that an MMJ cultivation applicant tried to bribe a member of the Arkansas Medical Marijuana Commission. The allegation surfaced in a letter to the Arkansas Supreme Court from state Attorney General Leslie Rutledge.

The commissioner, Carlos Roman, in turn was criticized for giving a high score to the applicant, and some accused Roman of sharing information to help the company with its application. He denied doing so.

The Arkansas Democrat-Gazette obtained a video of a meeting between the commissioner and the applicant.

In the video, the businessman can be heard telling Roman he appreciated his help and adds, “If I owe you something, let me know.”

The commissioner responds that a kind word to the state Senate President that he should be reappointed would be sufficient. Roman told the newspaper he reported the incident to the FBI.

Arkansas had no rule banning private discussions between a commissioner and a marijuana license applicant, according to the newspaper.

Wright allegedly solicited and accepted a $10,000 bribe from an undercover FBI agent to assist a marijuana business in obtaining a license.

Wright pleaded not guilty. His trial has been scheduled for Feb. 25, 2020.

The FBI in May 2018 raided the home of then-Adelanto Mayor Rich Kerr as well as a marijuana dispensary as part of an ongoing probe into the city’s relationships with cannabis businesses. No charges have been filed against Kerr.

Kern County, California, Supervisor Leticia Perez was charged last year with two misdemeanors relating to alleged conflict of interest violations. She pleaded not guilty to the charges, claiming they are based on political retaliation and are racially driven.

One charge stemmed from a vote on a marijuana issue in which her husband, a cannabis lobbyist, had received $25,000 from a company to arrange meetings with county officials.

He refused to step down despite being voted temporarily out of office by the City Council. The City Council has sued to remove Correia from office.

One of the men allegedly handed a city official an envelope containing $15,000 – $5,000 for each of three council members. The official turned the envelope over to the FBI.

Prosecutors said the men were willing to pay as much as $150,000 to get the permits approved and also offered city officials a 25% cut of the profits in return.