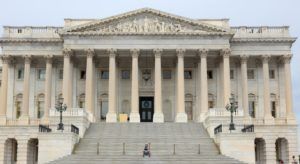 A key U.S. Senate panel will meet next week to consider steps that could make it easier for marijuana companies to obtain banking services, a move that could pave the way for crucial MJ reform.

Both are backing the Secure and Fair Enforcement (SAFE) Banking Act. That bill would enable financial institutions to serve state-authorized marijuana businesses without fear of federal punishment.

Lawmakers have become interested in the issue in part because of public-safety concerns of the largely cash-only cannabis industry.

John Lord, CEO of Colorado-based LivWell Enlightened Health, as well as executives from the banking industry also are scheduled to testify at the hearing, which is titled, “Challenges for Cannabis and Banking: Outside Perspectives.”

The hearing was unexpected.

In May, the chair of the committee, Sen. Mike Crapo, an Idaho Republican, indicated he might refuse to give the topic a hearing.

The cannabis banking bill has 206 co-sponsors in the House and 31 in the Senate.

The House version of the SAFE Banking Act was expected to be voted on by the full chamber by now, but that action has been delayed.

“House Democrats have a robust agenda which has made it tough to get time on the legislative calendar,” Ashley Verville, communications director for Rep. Ed Perlmutter, wrote in an email to Marijuana Business Daily on Tuesday.

Perlmutter, a Colorado Democrat, is a longtime sponsor of the measure.

“But as we continue to talk with people,” Verville noted, “we keep gaining more and more support and look forward to a strong vote on the floor of the House soon.”