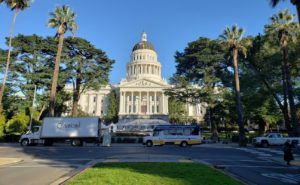 A new audit by California’s Department of Finance found regulators have a long way to go before they have a solid handle on the state’s cannabis industry.

The report concluded – despite having established a “structural foundation” for managing the legal marijuana industry – the California Bureau of Cannabis Control (BCC)’s “current status and location of personnel is not sustainable to provide effective and comprehensive oversight of cannabis activities.”

It noted the agency’s enforcement staff has dozens of unfilled positions and a vacancy rate approaching 80%, making it harder for regulators to ensure the legal supply chain is running the way it’s supposed to.

Here are the basics of the situation:

The report highlighted that as of January, only 75 out of 219 authorized personnel had been hired at the BCC and suggested that more staff is required before the agency can do its job properly.

BCC spokesman Alex Traverso said that, as of early July, staffing had increased to 87, meaning the BCC still had 132 positions to fill.

The report also found that revenues to the BCC were lagging far behind projected income.

The audit found that as of January, the BCC had brought in just about $2 million in business licensing fees, far short of the total $201 million that was expected to materialize by June 2019.

As of July, Traverso said, revenues had grown to a total of $15.3 million, out of which more than $10 million was collected last month.

The BCC was founded in 2016 as part of the Department of Consumer Affairs (DCA).

The agency originally was designed to oversee the state’s medical marijuana industry but then was also tasked with regulating recreational cannabis businesses after voters approved adult-use MJ in November 2016.

Since then, the industry landscape has transformed substantially, with final regulations adopted in January and thousands of temporary MJ business licenses expired or transitioned to provisional or annual licenses.

The illicit market, meanwhile, has continued to flourish as agencies such as the BCC ramp up.

No audits of those two agencies regarding their cannabis-industry duties are being performed, a Department of Finance spokesman said.

The audit also didn’t take into account enforcement efforts by the Division of Investigations (DOI) at the Department of Consumer Affairs, which is where industry complaints about unlicensed MJ operators are forwarded, BCC chief Lori Ajax noted.

That means the audit doesn’t offer a complete accounting of the BCC, according to Ajax.

“Close to 80% of our complaints are on unlicensed (operators) and get referred to the (DOI), but they didn’t look into that or how effective that is, and they didn’t look at CDFA or CDPH, so it was just on one portion of enforcement,” Ajax said.

She also noted that a big reason the BCC hasn’t completed staffing is because it is still working on opening new regional offices around the state, including in Los Angeles and the San Francisco Bay Area.

Perhaps most notable in the audit is the picture painted of the BCC’s inability to effectively combat lawbreaking cannabis operators, a situation expected to change over time and a job shared with the Division of Investigations.

Out of 68 authorized enforcement staff positions, only 15 had been hired as of January – a 78% vacancy rate, the audit noted.

In a response letter to the audit, Consumer Affairs Chief Deputy Director Christopher Shultz noted the number of authorized staff positions has increased every year since the BCC was founded.

Shultz defended the performance of BCC staff, writing: “The Bureau has consistently met and exceeded its statutory mandates.”

The report also found the BCC had, as of January, not taken any “formal disciplinary actions” against any MJ companies but had initiated 120 investigations and performed 824 license inspections.

By the end of January, 5,680 business complaints had been filed with the BCC. Of those, 3,232 were resolved or referred to another agency, leaving “a backlog of in-progress complaints totaling 2,448 … with 559 complaints greater than six months old.”

A majority of the complaints filed were from Los Angeles County.

Shultz objected to a finding in the audit that the BCC wasn’t prioritizing certain complaints that could impact consumers, stressing: “Complaints that are determined to be under the Bureau’s purview are reviewed and prioritized by the potential impact on public health and safety.”

The BCC also expects the number of complaints to keep increasing as the industry grows, according to the audit.

The BCC has continuously expanded its staff and capabilities since 2016, Shultz wrote in his response.

“The Bureau’s management strategy has been, and continues to be, to meet its constantly changing statutory mandates,” Shultz noted, adding that laws surrounding the BCC’s responsibilities and specific authority “have changed significantly multiple times each year the Bureau has been in existence.”

The audit also reported “revenues are projected to increase as the program becomes more established and additional annual licenses are issued.”

Not only is the BCC ramping up staffing, enforcement and licensing efforts and more, Ajax said, but the Department of Investigations also will be expanded, meaning there will be more search warrants served on unlicensed MJ businesses as time goes on.