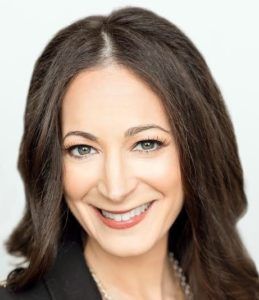 Before joining the cannabis industry as an attorney and business consultant, Pamela Epstein practiced environmental law.

Epstein, founder of Los Angeles-based Green Wise Consulting, specialized in the California Environmental Quality Act (CEQA), a law that all companies in the state – cannabis or otherwise – must take into account.

Epstein has concerns around CEQA since many cities and counties that passed marijuana business ordinances in recent years put it on the back burner by taking advantage of a temporary local exemption to CEQA regulations.

But that exemption expires in July.

Since much of California’s marijuana industry is still operating under temporary permits, complying with CEQA will prove key this year as thousands of companies try to obtain annual state licenses.

Epstein is wary that many will fall short because CEQA is time-consuming and expensive – which means many businesses may not make it past this crucial hurdle. The cost can range from a few thousand dollars to a few hundred thousand dollars.

Marijuana Business Daily spoke with Epstein about why CEQA may pose a serious problem.

Why have you described CEQA as the ‘silent killer’ of California marijuana companies?

With the limited exemption, local jurisdictions were not under the obligation to undertake a CEQA review in order to implement a marijuana business ordinance.

The intention of the exemption was to encourage local jurisdictions to regulate cannabis instead of banning businesses.

Unfortunately, those that relied on that statutory exemption put their operators in a very precarious position, because every licensee has a requirement to show either an exemption to or compliance with CEQA to the state.

So, if the local jurisdiction exempted their ordinance and then issued permits via an administrative process where no CEQA action was undertaken, then businesses are left holding the bag – to go through a CEQA analysis at the state level.

Hopefully, they’ll be able to claim a CEQA exemption, but if the exemption doesn’t apply or is subject to any exception, it triggers an initial study and possibly an environmental impact report (EIR), and that process can take anywhere from three months – if you’re lucky – up to six, nine, 12 months or longer.

And it has an extremely high cost.

CEQA has been a requirement since the beginning. It’s something that most people just sort of swept under the rug, because it wasn’t mentioned in the temporary (licensing process in 2018).

How does this affect growers, retailers, manufacturers and distributors?

Everyone – in a different way. CEQA has 18 impact areas to assess, and those range from aesthetics to water quality to agricultural resources to traffic.

The county conducted no environmental review to get their ordinance up and running. The county was approving each business’ land-use permits as categorically exempt from CEQA.

Recently, concern arose with regard to cumulative impacts, so county officials (have) essentially informed (MJ businesses that) an exemption likely will not apply, or that more evidence will be required to confirm there are no significant cumulative impacts, or that those impacts could be mitigated.

The county stated they cannot process all the individual CEQA documents by the end of 2019, so … now these (businesses) are left to conduct studies to demonstrate that their projects are not going to negatively affect prime agricultural soil, create increased traffic or damage threatened/endangered species’ critical habitats, or increase land use density.

The businesses have to organize and pay for studies as evidence that approving their businesses will not incur (environmental damage).

During a land use-entitlement process, (officials) can find the project is exempt.

There are 33 categorical exemptions that can apply. The exemption that will be relied upon most often is an existing facility.

If a project is expanding beyond the scope of the existing facility and the operations are of a same or similar use, the project will be exempt from CEQA.

If a retailer got a license for an existing building, they may be able to claim an exemption?

They actually went one step further in their ordinance: “Not only is our ordinance exempt, but if you are using a business that is similar in function and size, then your project will be exempt.”

The city baked the existing facilities’ exemption for site-specific projects into its ordinance. If you’re making widgets, and the only change is that it’s a cannabis widget versus a regular widget, then the environmental review is deemed sufficient.

Now, if an exemption doesn’t apply, an operator will conduct an initial study, where the 18 impact areas are assessed to determine if there’s any evidence that the business will have a potentially significant impact on the environment.

Based on the findings, there are one of three outcomes:

The EIR process is the most costly and time consuming and involves mandatory public comment period.

Out of those 18 impact areas you mentioned, what are the most prevalent CEQA issues that a lot of cannabis companies are going to have to deal with?

The most concerning are transportation/traffic and greenhouse gas emissions, because the commercial cannabis industry is forcing and constraining a multibillion-dollar industry on California’s roadways. All cannabis is moved on the roadways by cars and light-duty trucks.

(To hear more insights from Pamela Epstein, check out this MJBizDaily News and Views podcast.)