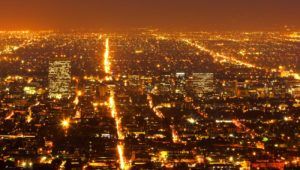 A California Senate panel on Wednesday advanced a bill – dubbed a “Band-Aid” by one sponsor – in a last-minute bid to prevent thousands of marijuana companies from being temporarily forced out of the legal market and causing chaos in the state’s marijuana supply chain.

But the move is likely to be in vain, at least in the short term.

Temporary licenses – on which the entire legal market operated throughout 2018 – have already begun to expire, while licensees continue to wait for full annual permits.

“Without passage of this bill, there will be dire consequences, such as the imminent market collapse of hundreds of businesses,” Terra Carver, the executive director of the Humboldt County Growers Alliance, told lawmakers on Wednesday.

The measure, Senate Bill 67, would give more leeway to the three state agencies responsible for licensing marijuana companies.

In particular, the bill would allow licensing authorities to extend existing temporary licenses, thereby letting companies continue doing business as normal while their applications for full annual permits are processed.

However, the three state agencies – California Department of Food and Agriculture (CDFA), Bureau of Cannabis Control (BCC) and Department of Public Health (DPH) – have failed to move quickly enough to process the backlog of provisional or annual license applications. Moreover, the temporary licenses can no longer be renewed or extended.

As a result, some of the companies operating with temporary licenses have watched their permits expire.

Looking ahead, companies with only temporary permits will technically be banned from doing business once their temporary permits are no longer valid – a scenario that could result in lost income for businesses and product shortages.

The problem’s scope is large: Most legal cannabis companies in the state hold licenses that are set to expire in the coming months.

“In our office, we call this a good, old-fashioned hot mess,” Sen. Mike McGuire, the lead sponsor of SB 67, told the state’s Business, Professions and Economic Development Committee, which then approved his bill on an 8-0 bipartisan vote.

“This is a Band-Aid to a big challenge. But it buys us breathing room for a big fix,” McGuire said, referring to the huge licensing backlog.

Even with an “urgency clause” attached to SB 67, the soonest it could be signed into law by Gov. Gavin Newsom is at least another two months, McGuire said.

“Best-case scenario, making it through all policy committees and off the floor of the Senate and Assembly in the next 60-90 days,” McGuire said when asked how soon the bill could get to Newsom’s desk.

That means there will likely be thousands of companies with temporary licenses forced to halt operations temporarily, causing not only industry consternation but a loss of income for growers and manufacturers. It also could trigger product shortages for retailers.

McGuire told the committee that roughly 10,000 temporary business licenses will expire this year. He noted that so far only four provisional licenses and 52 annual permits have been issued.

Lindsay Robinson, the executive director of the California Cannabis Industry Association, said about 6,200 businesses possess temporary licenses that “could expire by April,” despite having already submitted annual applications.

“Many of these soon-to-expire licenses belong to cultivators … the essential starting point of the cannabis supply chain,” Robinson told the committee. “Should these businesses lapse, the upstream ramifications for the entire cannabis industry could be severe.”

But because the bill may not make it all the way through the legislative process before April, it means 6,200 operators out of 10,000 may face at least a short-term shutdown.

Carver, who represents the Humboldt County growers, shares that concern about the ripple effects, even if SB 67 is fast-tracked to Newsom’s desk.

“Even if we could get it into statute in 60-90 days, if we can’t operate because our temps have expired, to prepare even for when we’re active again, how is that going to impact our fall harvest this year?” Carver asked.

“There are farms right now that are popping seeds and cutting clones. It’s go time for those earlier farms. So I’m not quite sure” what the full impacts will be.

McGuire and Robinson both warned the committee the failure of the state to issue timely license extensions or updates could strengthen the illegal market, which already has proved to be a resilient competitor for companies trying to succeed without skirting state law.

“We are left with no other alternative,” McGuire said. “If we do not pass this bill, we are going to see thousands of Californians … falling into the illicit market.”

Farmers can’t stop doing business simply because there’s no way to keep hold of their business permits, they said.

“They’ve got bills to pay as well, mouths to feed,” Hansbury said. “And to shut them out like this, the problem is that CDFA is adhering to the letter of the law instead of the intent. They’re making excuses and holding up the statute.”

Hansbury and Tibbon have a temporary license that expires in April. They submitted their annual application to the CDFA but haven’t yet received a response.

Rebecca Foree, communications manager for the CDFA’s cannabis licensing division, wrote to MJBizDaily in an email that processing annual license applications is the department’s top priority but acknowledged each permit “can take several months,” and said the timing for each “varies greatly depending on the completeness of an application.”

Asked if he and Tibbon were worried about potential enforcement by the state against businesses that continue to operate even without any legal way to get a permit, Hansbury said, “You bet your ass we are. That’s why we’re here.”

McGuire said he hopes enforcement against businesses operating in good faith will be put on hold until his bill can make it through the Legislature and that licenses can be updated retroactively, so law-abiding companies aren’t unduly penalized.

“We’re looking at 200 (licenses expiring) in the month of January alone – 23 today, just in one day,” he said. “What I would hope is there’s a stay from state agencies when it comes to enforcement.”

According to the CDFA’s Foree, “businesses with a temporary license that have submitted an annual application are not an enforcement priority for CDFA.”

But she also noted that “state law requires a valid CDFA license to conduct commercial cannabis cultivation,” and offered some guidance in a statement to entrepreneurs seeking licensure.

Spokespeople for the BCC and CDPH declined to comment for this story.