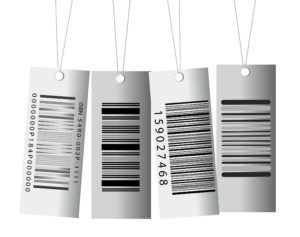 Many California marijuana business executives welcome the state’s newly mandated track-and-trace system as an opportunity to ensure industry transparency – but they worry the technology’s expanded rollout around the state could prove rocky.

Industry officials report widespread confusion about how to operate Metrc, the software the state relies on to power the track-and-trace system.

Confusion also swirls around how companies – from growers to retailers – should comply with regulations governing the traceability system, also known as CCCT.

Moreover, retailers worry the bar codes used in conjunction with the system could end up covering key information contained on product packaging, such as government warnings.

However, only about 100 companies have permanent annual licenses and are required to use the system, while hundreds of businesses with only temporary licenses are sidelined.

“It’s crucial that things like Metrc get instituted, because it keeps everyone on the level,” said Jordan Lams, founder and CEO of Moxie, a Long Beach-based processor and distributor of pharmaceutical-grade marijuana.

But in terms of implementing the system, “I don’t think everyone will have an easy time.”

Florida-based Franwell, the maker of Metrc, did not respond to a request for comment on the situation.

Only annual, as opposed to temporary, licensees currently must use Metrc. That has raised questions about doing business with companies that aren’t yet on the system.

“We’re all a little confused about it,” one Northern California retailer said.

The retailer, who requested anonymity, said his current point-of-sale software representative told him to wait on transferring data and other information to Metrc until it’s clear whether annual licensees will be able to transact with temporary licensees.

The rep “heard from another retailer that the state has told them to pause for now,” the retailer noted. “He said, ‘… If we migrate you over and we incorporate your inventory, you might have problems purchasing from any distributor that’s not on Metrc.'”

The California Department of Food and Agriculture (CDFA) – one of three state cannabis regulators – told Marijuana Business Daily that annual licensees will continue to transact business with temporary license holders.

A department spokeswoman also said the CDFA and other regulatory agencies didn’t tell business owners to hold off on implementing Metrc.

“On the contrary, CDFA is actively contacting licensees who have not yet been credentialed into the CCTT system and reminding them that they must become credentialed to remain in compliance with the terms of their state cannabis licenses,” said Rebecca Foree, CDFA communications manager.

However, Lauren Fraser, director of the Cannabis Distribution Association, noted that the situation creates a “disconnect in terms of tracking product.”

Temporary licensees are not required to use Metrc, so annual licensees must do it for them, Fraser said.

“It’s an extra entry they would not be required to do if both parties were using Metrc,” she said. And they “may not be able to see a transaction all the way through from seed to sale, because some of it will still be happening with paper trails.”

Another 1,200 applications are pending.

The temporary license roadblock might soon not be an issue.

If SB67 – an act to amend a section of the California Business and Professions Code – passes, temporary licenses could be extended until the end of 2019.

Bar codes in the spotlight

California cannabis industry officials also are concerned about the bar codes that are printed on stickers and used in conjunction with the track-and-trace system.

The tags, or unique identifiers (UIDs), keep track of plants and cannabis products as they move through the supply chain, from growers to retailers and other businesses.

According to state regulations, the UIDs must be attached to all cannabis plants and products at a company’s facilities.

However, retailers say that applying UIDs often results in covering information that already exists on packaging.

“A lot of products have limited space,” said Monterey County Patients Group owner Feather Thomas, a retailer who worries about the legality of applying UIDs that cover government warnings.

“Some of the vape disposable cartridges come in a little tube,” he said. “If I put a sticker on it, it’s going to cover up something important.”

Traverso said this issue will be resolved once all suppliers are annually licensed.

“Retailers with an annual license working with distributors on a temporary license have to apply the UIDs,” he said. “But when everyone is annually licensed, that responsibility will no longer fall to them.”

One other concern: Marijuana businesses are limited in the number of UIDs they can order at any one time.

“The Metrc system only allows (me) to order 500 tags at a time,” Thomas said. “(And) you have to wait three working days for each shipment. I have to place them on the product and enter them in the system before I can order more.”

Josh Drayton, communications and outreach director with the California Cannabis Industry Association, notes that counterfeit UIDs are also an issue.

“There are companies out there selling counterfeit stickers,” he said. “We’re starting to see bogus products of well-known brands showing up around the world, (and) Metrc lacks the advanced technology to differentiate fake product from real.”

The CDFA, however, said, “… the state is able to distinguish between counterfeit UIDs and those provisioned into the CCTT system.”

Confusion surrounding CCTT and Metrc was recently compounded by a notice the California Department of Tax and Fee Administration sent to thousands of cannabis businesses notifying them that all business transactions must now be recorded via Metrc.

The directive contradicts the advice to wait that some licensees say they’re receiving from their point-of-sale software representatives. The notice also didn’t address the various logistical challenges industry officials report they’re experiencing with the technology.

“I think we’re going to see these challenges throughout the whole year,” Drayton said. “There are many unknowns, so many regulatory changes.

“And there’s a lot of fear around implementation of Metrc and the possibility of it being a failed system. (So) it’s a wait-and-see for right now.”

“As businesses throughout the commercial cannabis market receive their annual license, they will be credentialed and input their on-hand inventory into the CCTT system.

“UIDs will be added to cannabis and cannabis product labels by the licensee responsible for packaging and labeling the item as that licensee completes this process. This process is expected to unfold over the next several months as licensees are credentialed into CCTT.”

The licensees responsible for the packaging and labeling of: