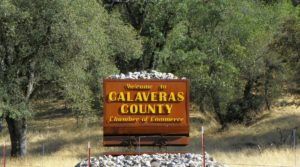 A class action lawsuit against a rural California county that prohibited marijuana grows after collecting taxes and fees from hundreds of cultivators is poised to proceed after a judge’s ruling that overruled objections from the county.

The lawsuit – filed last August on behalf of several hundred MJ farmers in Calaveras County – seeks the return of roughly $16 million in taxes and fees paid to the county.

The county has already agreed to refund nearly $1 million in fees, but that wasn’t enough to settle the dispute.

Now the ball is in the county’s court, said attorney Henry Wykowski, one of the lawyers representing the Calaveras growers.

“We expect that we’ll hear from the county, and if we can settle it, we will, and if not, then we’ve done these before and we’ll move forward,” Wykowski said, pointing to the $1 million fee refund as a sign that county officials “know that they’re in trouble” on this issue.

He estimated that even if the matter goes to trial, it wouldn’t happen for at least another year.

The Calaveras County counsel could not be immediately reached for comment.