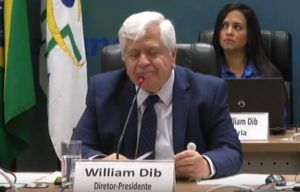 William Dib, ANVISA’s director-president, pointed out the Brazilian public’s overwhelming support of a proposal to establish a regulatory framework on the domestic cultivation and registration of cannabis-based medicines.

Brazilian health regulators unexpectedly postponed another vote on a groundbreaking proposal to regulate the cultivation and registration of cannabis-based medicines, delivering a further blow to efforts to open up fresh business opportunities in Latin America’s largest medical cannabis market.

The directory of the Brazilian Agencia Nacional de Vigilancia Sanitaria – or National Sanitary Surveillance Agency (ANVISA) – was expected to vote Tuesday on two resolutions that for the first time would have established a regulatory framework on the domestic cultivation and registration of cannabis-based medicines without the need for finished clinical trials.

The delay came after two of ANVISA’s five directors – Fernando Mendes and Antonio Barra – asked to postpone the vote, effectively blocking any decision from happening.

The meeting started with ANVISA’s technical team explaining the final text of the proposals – in particular, the changes that were made to the two original texts that authorities published back in June for public comment.

Dib also said the current system of individual imports of products fails to provide patients guarantees of safety, quality and efficacy. The imported products are also expensive and sometimes risky, according to ANVISA’s director-president.

He cited an analysis of a Brazilian university showing imported products that weren’t even labeled correctly, including a high variability of CBD that didn’t coincide with what’s stated in the label.

Beto Vasconcelos – founder of the XVV law firm and a former national secretary of justice in Brazil – told Marijuana Business Daily that ANVISA will probably reconvene 15 days from now to try to vote on the proposals.

Because of upcoming changes in ANVISA’s directory, the closer to December the decision is delayed, the slimmer the chances of approval.