Antitrust cloud lifting on cannabis M&A deals, but will some be renegotiated – or even abandoned? 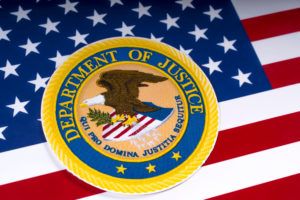 The antitrust cloud hanging over several large mergers and acquisitions in the U.S. marijuana industry appears to be lifting, but its effects continue to linger and could remain a factor if the deals ultimately are renegotiated or even scrapped in a difficult funding environment.

In recent weeks, a number of marijuana companies have announced that the U.S. Department of Justice’s antitrust review of their proposed acquisitions had been completed – or was near completion.

For example, Chicago-based Cresco Labs said Wednesday its proposed acquisition of Canada-based Origin House had cleared a key hurdle after the “waiting period” for federal antitrust review of the deal had expired under the Hart-Scott-Rodino law.

That type of news is in stark contrast to this past summer.

The all-stock transaction, when it was announced in October 2018, carried a price tag of $682 million. By the time the acquisition was canceled, almost a year to the day later, the deal had fallen in value to about $250 million.

California-based MedMen noted in a news release announcing the cancellation that “regulatory hurdles at the federal and state level … delayed the integration and realization of synergies that were initially factored into the value of the transaction to the company.”

Now, observers are wondering if other announced deals might face a similar fate, particularly given the U.S. vaping crisis and a shortage of outside capital. Both issues are weighing on cannabis stocks.

Moreover, the high stock-to-cash ratio of such transactions is raising questions. When deals are predicated on large amounts of stock, the value of such deals falls when stock prices are declining.

“I think you are going to see many deals repriced or renegotiated as these deals were struck when the market was 50% to 70% higher,” Danny Moses, an adviser at New York-based investment group Merida Capital Partners, told Marijuana Business Daily.

“Then you have the vaping crisis thrown into the middle of all of this. Some of these companies will have no choice. It is going to depend on who is in the strongest position.”

Despite such concerns, at least one bearish factor appears to be receding from the market: antitrust concerns.

In its news release Wednesday, Cresco said it and Origin House – a major marijuana distributor in California – are now “working towards closing the transaction on terms that will be mutually agreeable to both parties.”

In September, Harvest Health & Recreation, an Arizona-based multistate cannabis operator, said it had met compliance requirements under the Hart-Scott-Rodino act with its planned acquisition of Falcon International and had made “continued progress” on its proposed purchases of both CannaPharmacy and Verano Holdings.

The fulfillment of full compliance regarding the Verano deal should be done by the end of October, Harvest said.

Earlier antitrust concerns, meanwhile, apparently didn’t deter Massachusetts-based Curaleaf, which announced planned transactions even as Justice Department scrutiny was at its height over the summer.

The multistate operator agreed to buy privately owned Grassroots on July 17 for approximately $875 million. That deal followed Curaleaf’s May 1 announcement it was buying Cura Partners for almost $1 billion in an all-stock deal.

The company submitted requested documents to the Justice Department last month regarding the Cura acquisition and disclosed it had met Hart-Scott-Rodino requirements for its Grassroots deal on Aug. 13.

Curaleaf did not return multiple calls and emails from MJBizDaily to update the status of its ongoing transactions.

Despite the receding antitrust scrutiny, cannabis stocks remain under pressure amid the vaping crisis and a dwindling pool of outside capital, among other factors.

Harvest, for example, was trading at very close to a one-year low of CA$3.89 earlier in October versus almost CA$14 a share shortly after the March announcement of the Verano deal.

Cresco is worth about half of what it was, compared with its price at the time of the Origin House announcement April 1, and MedMen was trading at only CA$1.86 share – close to a 52-week low – on Oct. 1 before it announced the cancellation of the PharmaCann transaction. MedMen was trading at CA$1.47 on Oct. 23.

“The expected rebound from greater DOJ clarity has not materialized,” said Jesse Pytlak, an equity analyst at Toronto-based Cormark Securities.

“From my perspective, the vape crisis and balance-sheet and funding-environment concerns have come to dominate sentiment.

“Tight balance sheets combined with a difficult funding environment does not create a very encouraging outlook.”

Nick Thomas can be reached at [email protected]