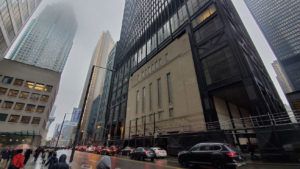 Two indices tracking the performance of cannabis companies on North America’s largest stock exchanges have launched in recent months, demonstrating a growing level of mainstream interest in the burgeoning industry.

The first to launch was the S&P/MX International Cannabis Index on Nov. 18, 2019.

“The cannabis market has become an area of increasing interest and relevance to investors in recent years.”

Eligibility to be added to the index requires companies to have a minimum market cap of $120 million and an average and median daily value traded of $400,000, according to the release.

More recently, the S&P/TSX Cannabis Index was launched on Jan. 20.

The index measures the performance of basket of cannabis companies on the TSX and the TSXV.

The TSX is responsible for compiling the list of eligible cannabis stocks from which the two indices are constructed.

Cannabis issuers on the Toronto Stock Exchange or TSX Venture Exchange with a market capitalization under 90 million Canadian dollars ($68 million) are not vetted for the index.

Issuers on the NYSE or Nasdaq with a market cap under $60 million are not vetted.