Approvals soar for outdoor cannabis cultivation in Canada, with 100-plus applicants in line 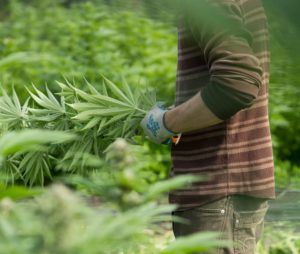 The number of authorizations to cultivate marijuana outdoors doubled to 33 so far this year from last summer’s 17, according to new figures from Health Canada.

Ten of those are microcultivators, meaning they’re limited to a canopy area of no more than 200 square meters (2,153 square feet).

Another 135 applications with an outdoor area are in the queue, the federal regulator told Marijuana Business Daily – 41 of which involve microcultivators.

Interest in lower-cost outdoor cultivation comes as large producers hit the breaks on greenhouse projects, which can cost upwards of 200 million Canadian dollars ($170 million) each.

Aurora Cannabis recently shelved expansions in Denmark and Alberta, and analysts expect more cancellations to be announced in the coming months as struggling companies look to conserve cash.

Only 10 months after the first outdoor approval was granted, the amount of space licensed to grow cannabis in Canada is heavily skewed toward outdoor cultivation.

However, that doesn’t mean it will all be planted.

The economic impact outdoor production has on the overall market will largely depend on how much of the licensed area is utilized this spring and summer, the variety and quality of the cultivars, and how much salable cannabis the land returns.

Results from the first outdoor harvests in 2019 demonstrate the challenges facing farmers.

Toronto-headquartered producer Good & Green Cannabis was among the first approved to grow cannabis outdoors in Canada.

The company expects its 100-acre farm in Brant County, Ontario, to eventually produce 40,000 kilograms (88,000 pounds) of cannabis; but its first harvest last fall resulted in about 12,000 kilograms of production.

Toronto-based WeedMD, which has an outdoor farm in Strathroy, Ontario, harvested 17,000 kilograms in the fall, shy of the company’s 25,000-kilogram target.

Most of the yield from outdoor cultivation is destined to be used as inputs for newly-regulated products such as vape pens and edibles.

Notwithstanding the learning curve facing producers, British Columbia-based Nextleaf Solution expects a “staggering amount” of legal, lower-grade CBD and THC biomass to hit the wholesale market as early as this fall.

“These are experienced farmers with built-out capacity to sun grow and harvest/dry – which is one of the biggest bottle necks – literally tons of lower-grade biomass for extraction and distillation into CBD and THC oils,” said CEO Paul Pedersen.

Good Buds is an outdoor-oriented company based on Salt Spring Island, British Columbia.

Rumi said Good Buds planted a variety of genetics to see what would grow best.

“Until you plant it in your own land, you can’t know for sure which strains will pop,” he said.

He said outdoor cultivation has environmental advantages over indoor and greenhouse, especially when it comes to the energy consumption related to heating, ventilation and air conditioning for indoor/greenhouse projects.

Most Good Buds production is going to be used as inputs for hash and rosin, with a small amount being used for pre-rolls and flower.

“It’s going to be interesting to see how people choose to use their outdoor production next fall, if they’re putting it in (the flower market) or the connoisseur products like us, or beverages, vapes and edibles.”

Matt Lamers is Marijuana Business Daily‘s international editor, based near Toronto. He can be reached at [email protected].