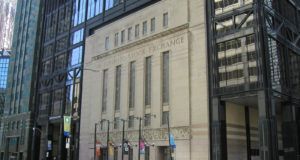 Marijuana companies focused on the United States face “massive and unsustainable” valuation discounts relative to their Canadian counterparts, according to a new report.

As of this week, companies with an operational focus on the United States are trading at about 13 times consensus estimates for their 2020 earnings before interest, taxes, depreciation and amortization (EBITDA.)

That represents a 56% discount to the 30 times average for companies focused on Canada, according to Toronto-based Beacon Securities.

And that’s months after cannabis capital started “rotating” away from Canada to the United States, CIBC World Markets analyst John Zamparo said at the time.

The Beacon report noted that U.S.-focused companies have a much larger addressable market than marijuana companies looking to capitalize in Canada.

“They can also offer broader product suites and can participate more fully in the supply chain, which should translate to more sustainable business models with better margin potential,” according to the Beacon report.

The authors concluded that “change is inevitable” as far as marijuana remaining illegal in the U.S..

The Beacon paper said investors in U.S.-focused companies are able to choose between multistate operators and others specializing in coveted markets.

The two major structural advantages the U.S. offers companies over Canada are:

“Nonetheless, there is a massive valuation gap between them.”