The sound of drums was steady and a “skunky” odour hung in the air Saturday afternoon at the Alberta Legislature.

Around 400 people gathered for the yearly rally outside of the Alberta Legislature, much less than the crowd of more than 1,000 at last year’s festivities.

Marijuana legalization may have happened in October but that didn’t stop the annual 420 rally at the legislature because some say the fight is not over yet.

Kenneth Kirk, the leader of the Alberta Marijauna Party, says parties like his are more relevant than ever despite legalization as the laws are disjointed across Canada. 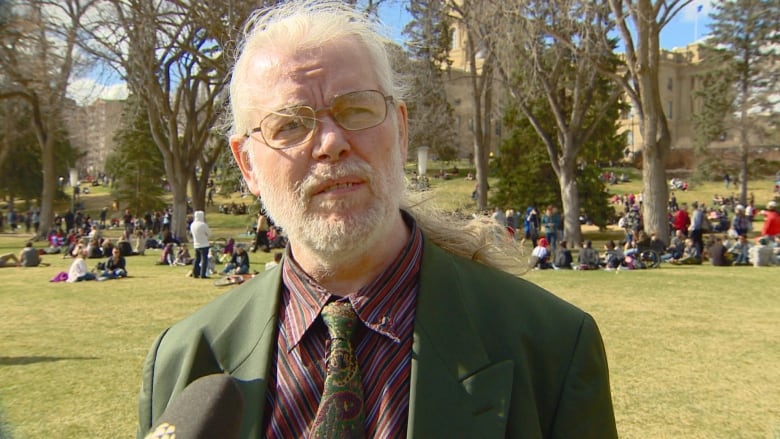 Kenneth Kirk, leader of the Alberta Marijuana Party, says parties like his are even more important after legalization. (Scott Neufeld/CBC)

Alberta has been leading the way with its private retail model.

Fire and Flower CEO Trevor Fencott has told CBC News the private retail model will likely wipe out the black market because there will be more legal access for customers. Provinces like Ontario that have opted for publicly run stores will have a smaller number of outlets.

Keishawn Harper was at the rally with his friends and says he feels more comfortable being open about his pot use now. 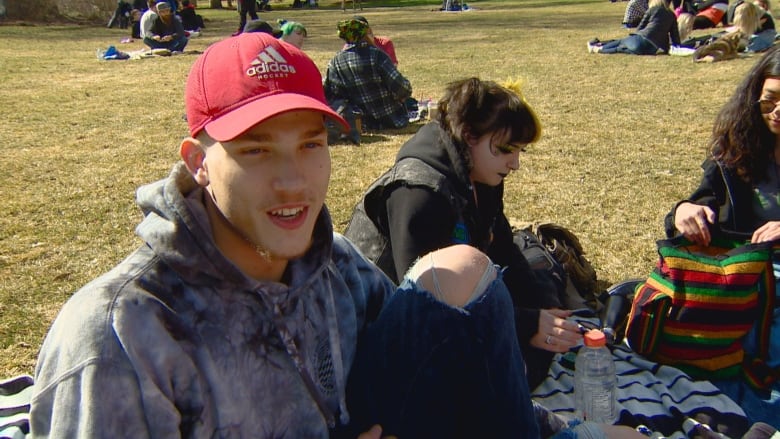 Keishawn Harper says he feels more comfortable being open about his marijuana usage now that it is legal. (Scott Neufeld/CBC)

“I’ve definitely been more public with smoking,” Harper said. “I can walk around now. It’s nice. I never used to. I just used to hide in corners in the backyard and smoke there.”

“I think there’s a lot more people coming out and not being as afraid that they’re going to get ticketed because of it,” Harper said.

But, he says his dad still gives him a hard time about it.