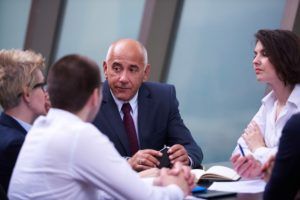 Cannabis companies in Canada with “monoculture and monogender” boardroom compositions could face a competitive disadvantage – and will ultimately take a hit to their bottom lines, industry experts say.

Marijuana Business Daily reported last week that two dozen of the leading cannabis companies on Canadian stock exchanges employ only 11 women on their boards combined, out of the 154 directors nominated or already in place – and more than half the companies had no female directors.

That’s going to cost them, according to several experts contacted by MJBizDaily.

An effective board needs diversity, “not just in skills, but also in gender and ethnicity,” said Jeannette VanderMarel, co-CEO of 48North Cannabis.

“I don’t think you can serve your customers well unless you can reflect your customer base. It really is that simple,” she said.

“There is no way a monoculture, monogender board can reflect their community. And my job as CEO of a licensed company is to create shareholder value and create a company that identifies with its customers.”

The company plans to disclose a written policy soon related to the identification and nomination of women directors.

Shareholders: ‘This is unacceptable’

Deborah Rosati, CEO and founder of Women Get On Board, said if Canadian cannabis companies aren’t compelled to diversify their boardrooms because it makes good business sense, they could be forced to take action by shareholders.

Large funds in other spaces already are taking such action. The Canadian Pension Plan Board (CPPB), for example, requires female representation.

“The (CPPB) may not be currently invested in the cannabis industry, but they could (be) in time, and also they are an influencer for other institutional investors that could impact investments in the cannabis industry on a longer-term basis,” said Rosati, whose Women Get On Board aims to promote gender diversity in the corporate hierarchy.

“A lack of gender diversity on boards could have a financial impact on Canadian cannabis companies if they do not start adding more women on their boards,” she said.

“There are big stocks out there, where shareholders are saying this is unacceptable.”

To “encourage more effective boards and better corporate decision-making, which will benefit investors and the capital markets,” the CSA requires these companies to disclose:

“It’s important that cannabis companies show the same level of good governance as any non-junior listed company,” she said.

“The merits of gender diversity on boards are widely known, the connection with performance is widely known. They should attempt to attain a higher standard of increased diversity.”

Samantha Roman, president of Toronto-based Credible Cannabis, said explanations for better corporate performance are not simply because diversely led companies are more likely to mirror their customer and client bases.

“Gender diversity at the board level also helps produce better purchasing and buying decisions,” she said. “Furthermore, it supports development of a broad talent pool at all levels to take advantage of over half of the available workforce.”

In 2013, Roman co-founded New Brunswick-based cannabis company Spot Therapeutics, which was acquired by Canopy Growth in 2017.

“Cannabis companies with aspirations of national and global leadership that are not actively seeking women board-level participation should be concerned about the strategic impact on their bottom line,” she said.