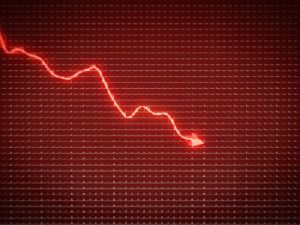 Some Canadian cannabis companies are facing a financial squeeze because of the country’s slow rollout of recreational marijuana stores and a dwindling pool of available funding.

Quebec cannabis producer Hexo Corp.’s lower fourth-quarter revenue projection and Ontario-based The Green Organic Dutchman’s capital issues could be a sign of things to come for companies with unduly aggressive revenue expectations, according to analysts.

Revenue misses in the current environment of “toxic financing” are expected to cause major headaches for companies with tighter capital reserves.

Hexo lowered its net revenue expectations for the current quarter by about 40%, citing slower-than-expected store rollouts across Canada, pricing pressure and an alleged delay in government approval for derivative products.

In June, the company said it expected to double its third-quarter revenue of 13 million Canadian dollars ($9.7 million) in the next fiscal quarter. Now, Hexo says it anticipates fourth-quarter net revenue to come in between CA$14.5 million to CA$16.5 million.

The company also withdrew its fiscal year 2020 outlook, which had advised investors it was “on track” to ramping up to CA$400 million in revenue.

The move “could suggest difficulty for other companies with aggressive guidance still outstanding,” Missouri-based Stifel Equity Research Group analysts wrote in a research note to investors.

Canada’s regulated cannabis sales accounted for only 14% of total demand by volume in June, according to an analysis by market researcher TheCannalysts. That’s mostly due to the bungled rollout of physical stores in Canada’s three biggest markets, Ontario, Quebec and British Columbia.

In the first year of legalized adult-use cannabis, Ontario and Quebec have opened fewer than 50 stores between them.

“The delay in retail store openings in our major markets has meant that the access to a majority of the target customers has been limited,” Hexo said in a news release.

The Stifel analysts cited the “toxic” financing environment gripping the Canadian cannabis sector, which will hit companies harder that have unfunded capital requirements along with lower-than-expected revenue.

The Green Organic Dutchman Holdings said this week it is “reviewing financing alternatives” to complete construction of its facilities in Ontario and Quebec after “sources of financing have been unavailable on acceptable terms.”

The company is stuck with just CA$56.7 million in cash, including CA$40.2 million in restricted cash allocated to capital expenditures.

The Bank of Montreal downgraded Green Organic Dutchman, noting that a worst-case scenario of not securing financing represents a “risk to the company’s going concern status.”

Analysts have previously stated that Canadian producers with fewer than six months of cash on hand may have to rethink planned facility expansions if revenues continue to come in low.

Analysts Mike Regan and Craig Behnke at MJBizDaily‘s Investor Intelligence issued a deep analysis highlighting which companies are at risk of not being able to fund their current operations and expansion plans.

“If you can’t hold your budgets in and you’re trying to build out a facility and capital is becoming more challenging, you’re in a real bind,” Greg McLeish of Mackie Research Capital told Marijuana Business Daily.

“They’re going to have trouble finding the capital right now.”

The Stifel analysis suggested that companies with cash in the bank – such as Canopy Growth (roughly CA$3 billion) and Cronos Group (CA$2 billion) – will see advantages amid sector-wide weakness.

That will “allow each company to continue investing aggressively behind their business plans and to capitalize on any opportunities,” Stifel wrote.

McLeish’s advice to companies: Be conservative.

“It’s important for a lot of these companies when they’re talking to the analytical community to be as conservative as they can,” he said.

“More and more investors are going to be asking whether or not companies can deliver on their business plans.

“Additionally, regulatory uncertainty across the pan-Canadian system and jurisdictional decisions to limit the availability and types of cannabis derivative products have contributed to an increased level of unpredictability.”

While the lack of sales channels in most Canadian provinces is putting a squeeze on sales forecasts for cannabis producers, some relief could be around the corner.

Quebec’s Societe Quebecois du Cannabis plans to double its number of stores by March, according to the Montreal Gazette.

Ontario is also trying to more than double the number of its stores in the coming months, and market watchers expect to see a broader rollout of stores starting in 2020.

The company plans to release its financial results Oct. 24.