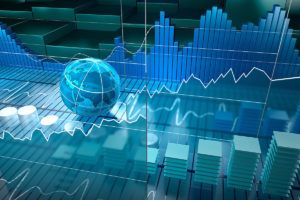 A Denver cannabis company that plans to help franchisees set up marijuana retail businesses is set to go public next month in Canada, becoming the latest U.S. MJ business to tap into the Canadian capital market through a reverse takeover.

One Cannabis is set to list on the Canadian Securities Exchange in April and could be valued at as much as $250 million.

However, CEO Christian Hageseth, founder of Denver-based Green Man Cannabis, stressed to Marijuana Business Daily that figure was highly speculative and based on how similar companies have been valued in the past.

One Cannabis will roll the assets of Green Man into the new business through a reverse takeover of an inactive Canadian minerals company that Hageseth didn’t identify.

Green Man, founded by Hageseth in 2009, currently has three dispensaries and a 118,000-square-foot cultivation facility in Colorado.

The new company has sold a total of five franchises so far, but none are open yet as they await regulatory approval.

One Cannabis is looking at Colorado and has other plans “under development” in California, Michigan, New Jersey and Ohio.

“The idea is for others to use our expertise in operating a compliant and profitable marijuana business,” Hageseth said in a phone interview from Toronto.

“We would like a large footprint of retail stores with customers knowing what to expect from the franchise model, like a McDonald’s or a 7-Eleven.”

In other news, Hageseth said he has closed on the cash purchase of a few acres of land near Denver International Airport for a planned facility that includes a dispensary, consumption lounge and outdoor concert venue.

The roughly $6 million project is on a much smaller scale than Hageseth originally envisioned in 2015 – a $35 million venue called the Colorado Cannabis Ranch & Amphitheater.