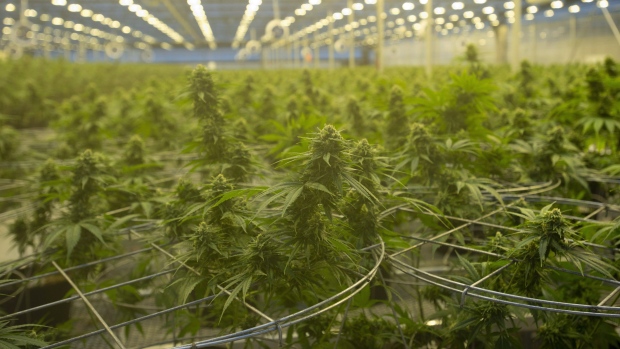 Cannabis plants are seen during a tour of a Hexo Corp. production facility, Thursday, October 11, 2018 in Masson Angers, Quebec. THE CANADIAN PRESS/Adrian Wyld

GATINEAU, Que. — Hexo Corp. says it lost $56.7 million in its latest quarter compared with a loss of $10.5 million in the same quarter a year ago.

Net revenue in what was the company’s fourth quarter totalled $15.4 million, up from $1.4 million in the same quarter last year before the legalization of recreational cannabis in Canada and $13.0 million in its third quarter.

In its outlook, Hexo says it expects its first-quarter net revenue to be in a range from $14 million to $18 million.

Earlier this month, Hexo pulled its guidance that had included expectations for up to $400 million in net revenue for its 2020 financial year.

The company also announced last week that it would cut 200 jobs in a bid to ensure its long-term viability.

The cuts included the elimination of some executive positions and the departures of chief manufacturing officer Arno Groll and chief marketing officer Nick Davies.

This report by The Canadian Press was first published Oct. 29, 2019.