Cannabis oversupply in Canada ‘may be closer than some expect,’ bank warns 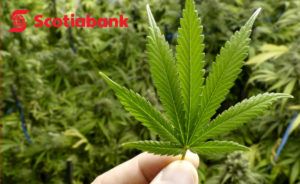 One of Canada’s top banks acknowledged the rocky start for the adult-use cannabis industry, but still expects to see “substantial growth” for the rest of the year as supply constraints are alleviated.

Scotiabank also warned that the cannabis market will become heavily oversupplied in the medium- to long-term.

“Producers we have spoken to are generally aware that the industry will eventually be oversupplied, but there is a degree of complacency since few think the market will become oversupplied any time soon or that they will be the ones unable to sell their product,” analyst Oliver Rowe wrote in the report.

“We understand why producers have overbuilt, but that doesn’t change the fact that not all this capacity will be needed.”

Export volumes are not expected to meaningfully offset oversupply.

“While several sources have indicated undersupply will last three to five years, the data suggest otherwise,” the report stated.

The report is not overly negative, and the bank remains bullish on the nascent industry.

Legal cannabis sales this year could reach 259,000 kilograms, according to its estimate, which is four times higher than the total for 2018.

The report cited the potential of cannabis to offer “widespread disruption.”

Canada’s well-capitalized marijuana businesses should be able to tap into business lines such as:

The bank said regulatory trends are moving toward partial or full legalization, both in the United States and globally.

“In our view and if regulations permit, the U.S. recreational market (CA$50 billion or more) and international medical markets – CA$3 billion to CA$12 billion – offer the most lucrative future opportunities,” Rowe wrote.

Other industry catalysts include:

Risks abound, however, including:

Rowe offered this important caveat: “If producers can’t deliver on promises in the Canadian market, we think the probability of them delivering globally will be reduced as well.”

In the report, the bank initiated coverage of Aurora Cannabis, CannTrust, HEXO and Organigram.