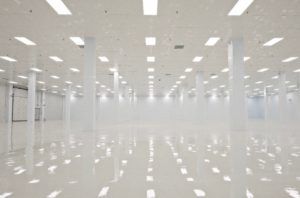 Hexo said on Oct. 28 it received licenses from Health Canada for its Centre of Excellence in Belleville, Ontario.

Hexo Vice President of Communications Isabelle Robillard wrote in an email to Marijuana Business Daily that the company tried to avoid the administrative change, but “this choice was imposed on us as we are unable to secure Directors and Officers Liability Insurance if we are based in Quebec.”

Robillard said the move has no impact on its Quebec operations, nor any of its employees there.

“We continue to maintain and invest in our flagship cultivation facility in Gatineau, which employs over 800 people,” she noted.

Robillard said Quebec has a statutory requirement that defense costs are payable by the insurer in addition to the available coverage under the contract.

“Our roots are firmly planted in Gatineau, where our company set up the bulk of its operations six years ago (then Hydropothecary),” she wrote.

“We look forward to continuing to work with all our partners in Quebec and to being an active participant and positive contributor to our communities.”

Also, Hexo recently announced that it raised $25 million in a dilutive offering to institutional investors, prompting the company’s stock to decline 20% on the first day of trading after the Christmas break.

The investors purchased about 15 million shares at an offering price of $1.67, the company announced Dec. 26.

Hexo said it plans to use the proceeds for working capital and other general corporate purposes, including funding research and development initiatives.