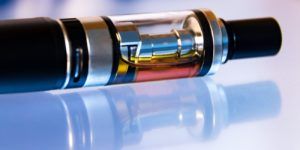 Another Canadian province established hurdles for the legal sale of marijuana vape products weeks ahead of their rollout across the country.

Newfoundland and Labrador joined Quebec this week in banning the products, while British Columbia earlier said it’s raising its sales tax on legal oil and dried flower vapes to 20%.

“Without access to a legal, regulated, supply of cannabis vapes, consumers will turn to unregulated channels, therefore putting themselves at greater risk,” the Cannabis Council of Canada said in a statement.

Thirteen cases of vaping-associated lung illness have been reported in Canada as of Dec. 3.

The Council said the products causing the wave of illness in Canada and the United States “are entirely the result of the illegal market that is unregulated and unsafe for Canadians.”

Health Canada mandates that cannabis concentrates in vape oil cannot contain ingredients that might be detrimental to the health of the consumer.

In an email to Marijuana Business Daily, Health Canada noted that provinces are responsible for determining the rules regarding adult-use cannabis distribution, sale and consumption within their jurisdictions – including any potential ban on certain products.

Edibles, extracts and topical cannabis products – considered Cannabis 2.0 – are going to become available in small quantities this month, with wider distribution expected in the new year.

“For the moment, no, we will not sell vaping product starting on Jan. 1 because, in the light of many health problems recently discovered in the U.S., we’re uncomfortable with the idea of selling such products,” SQDC spokesman Fabrice Giguere said at the time.

Both Quebec and Newfoundland and Labrador promised to review the vape bans in light of relevant evidence.

Matt Lamers is Marijuana Business Daily‘s international editor, based near Toronto, Ontario. He can be reached at [email protected].