No medical cannabis was exported from Canada in 2015.

The growing exports come as Canadian companies look to secure market positions in countries that recently legalized medical marijuana and others with maturing markets.

Getting a slice of that demand is a core part of the strategy for many publicly traded Canadian cannabis firms, whose lofty valuations are largely based on international sales expectations – sales that thus far remain very low.

The overall medical cannabis exports likely rank Canada third in global exports, behind the United Kingdom (home to Sativex-maker GW Pharmaceuticals) and the Netherlands, home to Bedrocan, which is authorized to export 1,500 kilograms of medical cannabis to Germany annually. 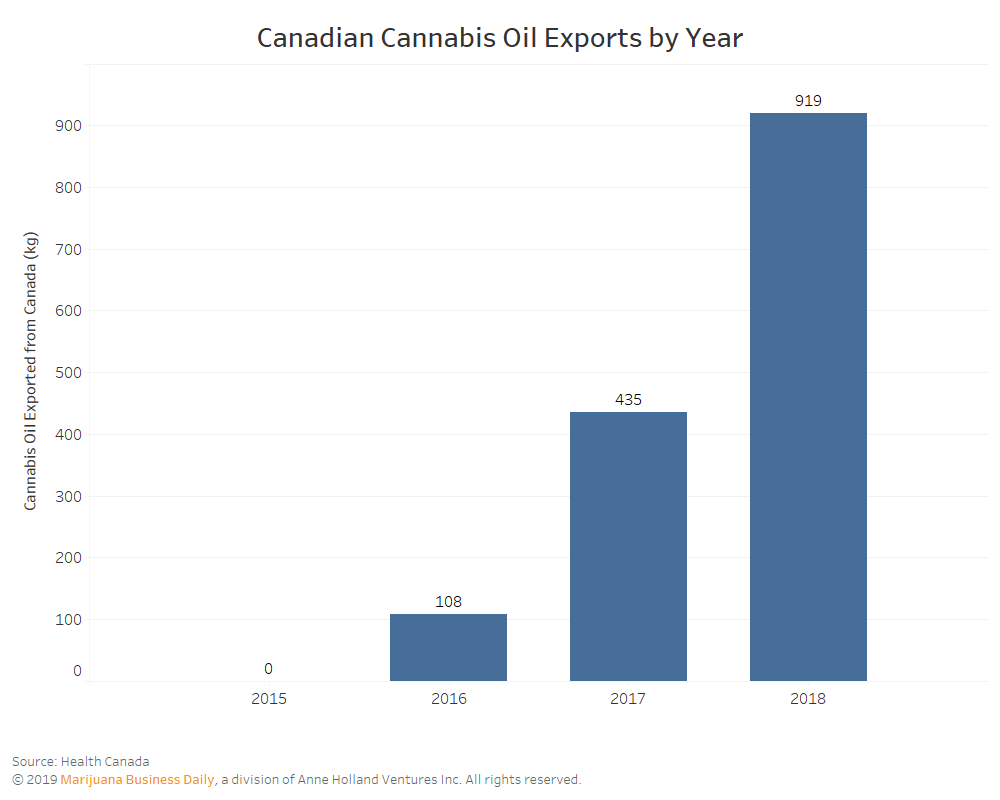 Exports from Canada could tail off through 2020, as Canadian firms build out large cultivation infrastructure overseas that will eventually supplant the country’s international shipments.

Alberta-based Aurora Cannabis expects the first “saleable” harvest from its Nordic 1 facility in Denmark to be ready in mid-2019. Those sales will be aimed at the booming German market.

The first phase of Aurora Nordic 1 is 100,000 square feet. The second phase, a 1 million-square-foot expansion, is under construction.

Tilray said it completed a harvest of medical cannabis at its European Union campus in Cantanhede, Portugal, and expects multiple harvests in the coming months.

The British Columbia-based but American-owned company said it began production at Tilray Portugal with a view toward facilitating exports to countries in the European Union from there rather than from Canada.

For its part, Cronos Group’s exports from Israel could be on the horizon. The Ontario-based company launched a joint venture there in 2017 for the production, manufacture and distribution of medical cannabis.

Cronos Israel is constructing a Phase 1, 45,000-square-foot greenhouse that is expected to produce up to 5,000 kilograms of cannabis annually. Expected completion is the first half of this year.

Its 17,000-square-foot manufacturing facility is expected to be completed in the second half of 2019.