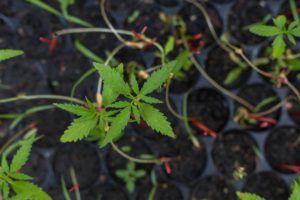 Canada’s cannabis regulatory agency issued its first nursery license to Alberta-based InPlanta Biotechnology – a milestone that could lead to a more diversified selection of cannabis from a wider variety of genetics and a more competitive legal market.

The new license category allows holders to produce and sell marijuana and hemp genetics, including seeds and clones.

Demand for starting material is rising in Canada as the number of federal cannabis license holders has reached a record 175. With another 1,000 applicants in the pipeline, demand for unique genetics will continue to grow.

“This opens up a number of pathways to address the genetics issue. I think that’s why Health Canada launched these product categories,” he said, adding that nurseries will supply licensed standard cultivators and, to a lesser extent, provincial wholesalers.

InPlanta plans to offer its “unique, vast collection” of genetics to business and home cultivators.

The regulated sector has suffered from a limited selection of starting material, according to InPlanta co-founder Darryl Hudson.

“(This license) is a really key point in the industry now,” he said.

“… There is access to genetics now in the industry, and I think that’s going to allow businesses to set themselves apart, because if you have something unique and proprietary from the beginning, then you can market and brand it.”

Situated on the University of Lethbridge campus in Alberta, InPlanta has been breeding under a research permit since 2016.

InPlanta was able to cross the nursery finish line first by applying for a standard cultivation license in October 2017 and transitioning to a nursery one when the application was switched to the Cannabis Tracking and Licensing System last year.

Wholesalers in the country’s largest cannabis markets have struggled to stock seeds or clones since legalization last October.

BC Cannabis Stores, which has an online monopoly in British Columbia, currently stocks only two varieties of seed – both from Canopy Growth – and they’re priced at 56 Canadian dollars ($44) for four seeds.

The Ontario Cannabis Store (OCS) does not offer any seeds or clones, and the first clones weren’t available in Canada until nearly a month after legalization.

“That’s a market we want to support. I’ve never really been keen on the $10-$20 per seeds. I would love to put cheap, high-quality packaged seeds into the OCS and (Alberta Cannabis store) right away, where people can access them without having to pay exorbitant prices,” Hudson said.

“We’re looking to use online distribution channels to get clones to people at home. But in the meantime we’re going to get cheap seeds out to people.

“I want to see people grow at home.”

The Cannabis Act authorizes nurseries to sell product to provincial and territorial distributors.

Matt Lamers can be reached at [email protected].