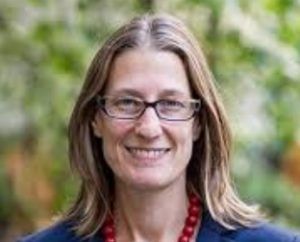 (This story has been updated with information on Aphria’s new board nominees.)

Jodi Butts, an independent board director for Canada Goose clothing company, has been nominated to join one of the country’s top cannabis producers, Leamington, Ontario-based Aphria.

Butts will join a board stacked with broad cross-sector experience if she is approved at the company’s Nov. 14 annual general meeting in Toronto.

“Jodi is an entrepreneur, a lawyer and a seasoned executive who will bring a wealth of experience in governance and driving positive change and growth within organizations,” Tamara Macgregor, Aphria’s vice president of communications, told Marijuana Business Daily.

Butts previously served as CEO of Rise Asset Development and senior VP of operations and redevelopment at Mount Sinai Hospital in Toronto, according to her biography in an Aphria regulatory filing.

Most of Aphria’s board, including former CEO Vic Neufeld, has been replaced since the company was rocked by short seller’s report last December. Only two of the latest nominees, Renah Persofsk and John Herhalt, have been on the board since at least one year ago.

Shlomo Bibas, Shawn Dym and Michael Serruya, listed as directors on Aphria’s website, do not appear to have been nominated for another term.

Directors on the Nov. 14 ballot who were appointed in the past 12 months include David Hopkinson, Tom Looney and Walter Robb.

Hopkinson has been an Aphria director since April. The 48-year-old is global head of partnerships for Real Madrid Club de Futbol.

The top five skills and competencies Butts brings to Aphria, according to the company’s management circular, are:

An application for a security clearance for Butts, as well as other new directors, is in the works with Health Canada. Until granted, she will not vote on any matter related to the Canadian operations of the company, the filing states.