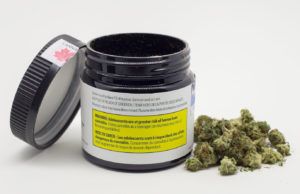 Sales of adult-use cannabis across Canada rose 19% in August to 127 million Canadian dollars ($97 million) from the previous month, buoyed by new store openings in Western Canada.

British Columbia’s adult-use market is starting to hit its stride after getting off to an extremely slow start, according to new Statistics Canada data.

Receipts of recreational cannabis there doubled to CA$12 million in August.

The province is rapidly expanding its cannabis retail opportunities. Store licenses issued rose from 14 in March to 94 in September.

“British Columbia’s significant increase in cannabis sales in August is encouraging. This is largely correlated to an uptick in licensing of cannabis retail stores across the province over the summer,” said Alex Shiff, senior consultant for Navigator in Vancouver.

“The B.C. government is aware that the province has been lagging behind other provinces, and it is clear they know that this is a significant issue that needs to be addressed.”

While B.C. had the fourth-highest sales total out of Canada’s 10 provinces and three territories, the number is poised to strengthen in the coming months.

New store openings – currently the biggest driver of retail sales in Canada – could reach five dozen in B.C. in the near future, pending the results of final inspections.

Just over 150 stores were licensed to open in B.C. as of mid-October, while 86 had passed final inspection (though not all may be open for business).

Ontario continued to lead Canada with CA$33.7 million in monthly sales, a slight improvement over July’s CA$29.6 million. That province was stuck on 24 stores as of August.

No new stores opened in Quebec this summer.

The number of cannabis retailers in Alberta shot up from 126 in June to 288 in September.

Manitoba was the only province to see sales drop. Consumers there bought CA$5.7 million of adult-use cannabis products in August, down from CA$5.8 million in July.